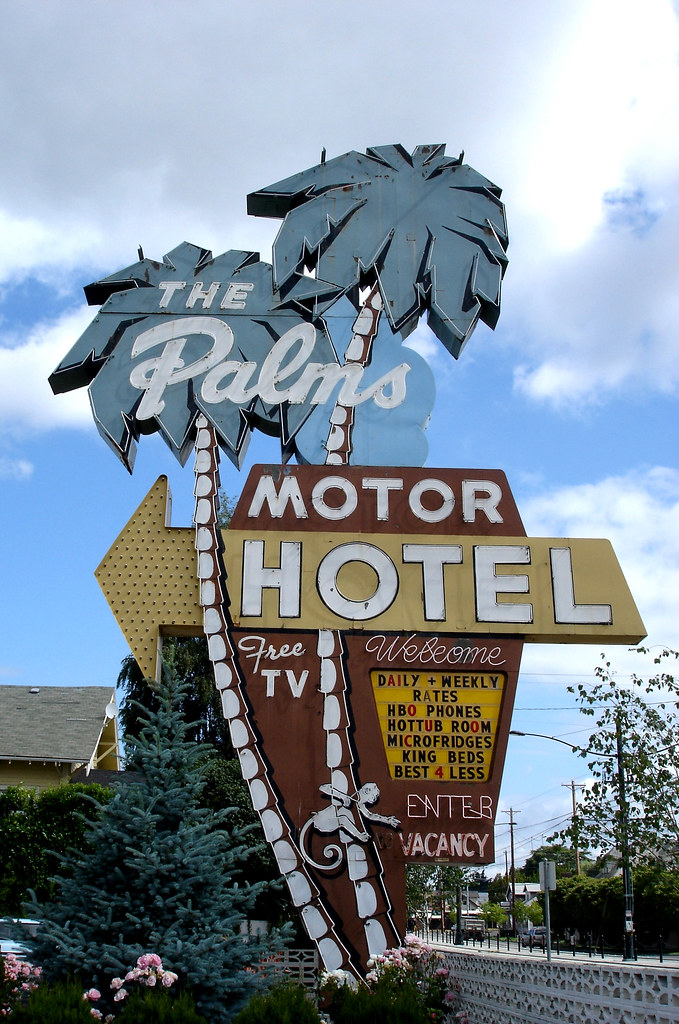 It was early in my time of posting retro/vintage/Americana material on my now-defunct Tumblr blog when I found the first photograph shown above. Upon seeing it, I thought to myself that, for a daytime shot, it doesn’t get much better than that.

Well, a little over a year later, the same photographer, Dan Haneckow, funneled his latest shot through the “VINTAGE MOTEL SIGNS ONLY!” group and I was stunned. With the exception of the Daffodil Motel in Milton, Washington (which I will feature here in the near future) and a scant few others, this shows that, when cared for properly, a neon sign can be just as beautiful during the day as it is at night.

Speaking of night, not too long from now, I’ll be posting a video showing The Palms all lit up along with many of the other iconic neon signs of Portland…a city that I believe has the most and best quality of the old, glowing tubes than anywhere else in the country.