Anybody that has followed me for any amount of time should know the name Paul Malon. Along with a small handful of others, he has been one of my most favorite providers of the retro/vintage/Americana material that I pass along.

While going through my RSS feed reader today — my usual weekend routine for finding the things I post — I was extremely sad to see the two most recent posts by Daniel Wrona (a.k.a. klappersacks) on his File Photo Digital Archive account on Flickr.

This one came up first and I thought maybe Paul had decided to retire from posting…not an unusual thing these days as people get frustrated with the changes that have been happening at both Flickr and Tumblr under Yahoo’s ownership. This is Mr. Wrona using his great skills to alter an old bar beer coaster to pay a proper tribute.

It was on seeing the next post that I knew this was much worse than somebody just hanging it up. 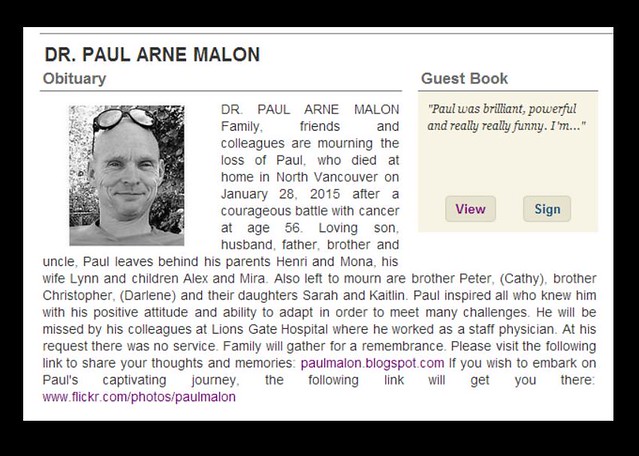 I did not know Paul personally but we did speak a few times in various ways over the Internet. He was always very happy to receive comments and glad to have people such as me spreading the joy of his work who also took the time to give him credit and a link back to his account.

As I have only just found out, Paul’s secret to making such good material was that, after using a scanner in his early years on Flickr, Paul actually photographed all of the magazine advertisements and other material that he posted. For people like me that have an eye for such things and spend a lot of time going thorough so many places where vintage material is posted, it made a Paul Malon picture almost immediately identifiable before even seeing the credit.

This is the final entry on Paul’s Flickr account. It was posted on January 26, 2015, just two days before his passing. Being a good Canadian, it is fitting that his last post was of a car model made only in his home country. 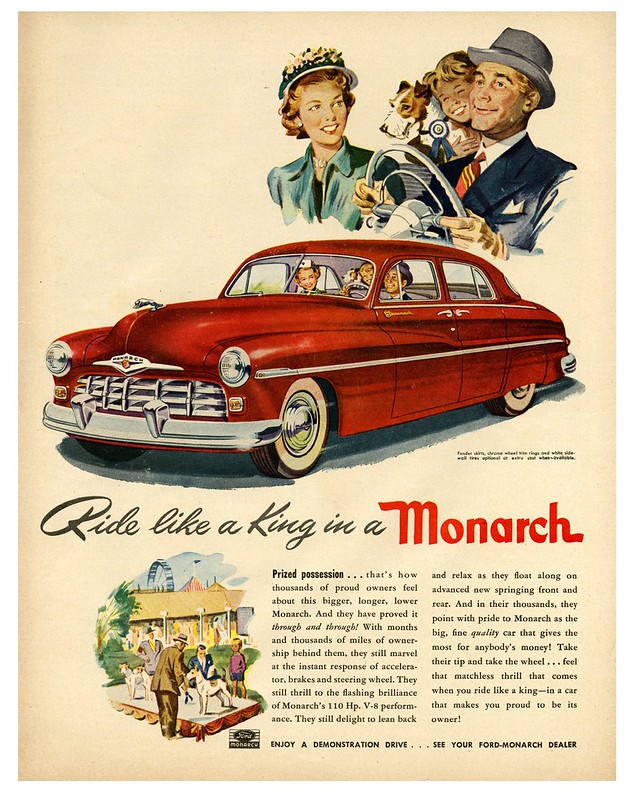 While there will be no more new delights coming from Paul Malon, his legacy of 24,654 photographs and scans of vintage material will continue to bring happiness and laughs for many years to come. I hope it will also continue to inspire others to begin their own efforts to preserve this type of 20th Century culture.

For those unaware of this, I have been slowly cleaning out my now-defunct Tumblr account and reposting most of those items here. I can assure you that there are quite a few glorious pieces from Paul Malon that I will be posting in the future. I will now be extra glad to share those particular pictures but, I must admit, it’s also going to make me very sad knowing that I will no longer be able to send Paul a note letting him know how much an audience outside of Flickr enjoyed one of his works.

To any of Paul’s family and friends that might stumble upon this entry, I hope you know how much happiness he spread with his hobby. Paul will be missed and remembered by more people than you will ever know…and, in a sense, he will continue to live on every time I and many others repost his work and give him the full credit he deserves.

EDIT 2015.03.30: I was incorrect about Paul’s site on Blogger being hijacked by hackers. My deepest apology for the error. It is my guess that this is the best place for people to leave a comment that might be read by his close friends and family.

2 thoughts on “A Tribute to Paul Malon”