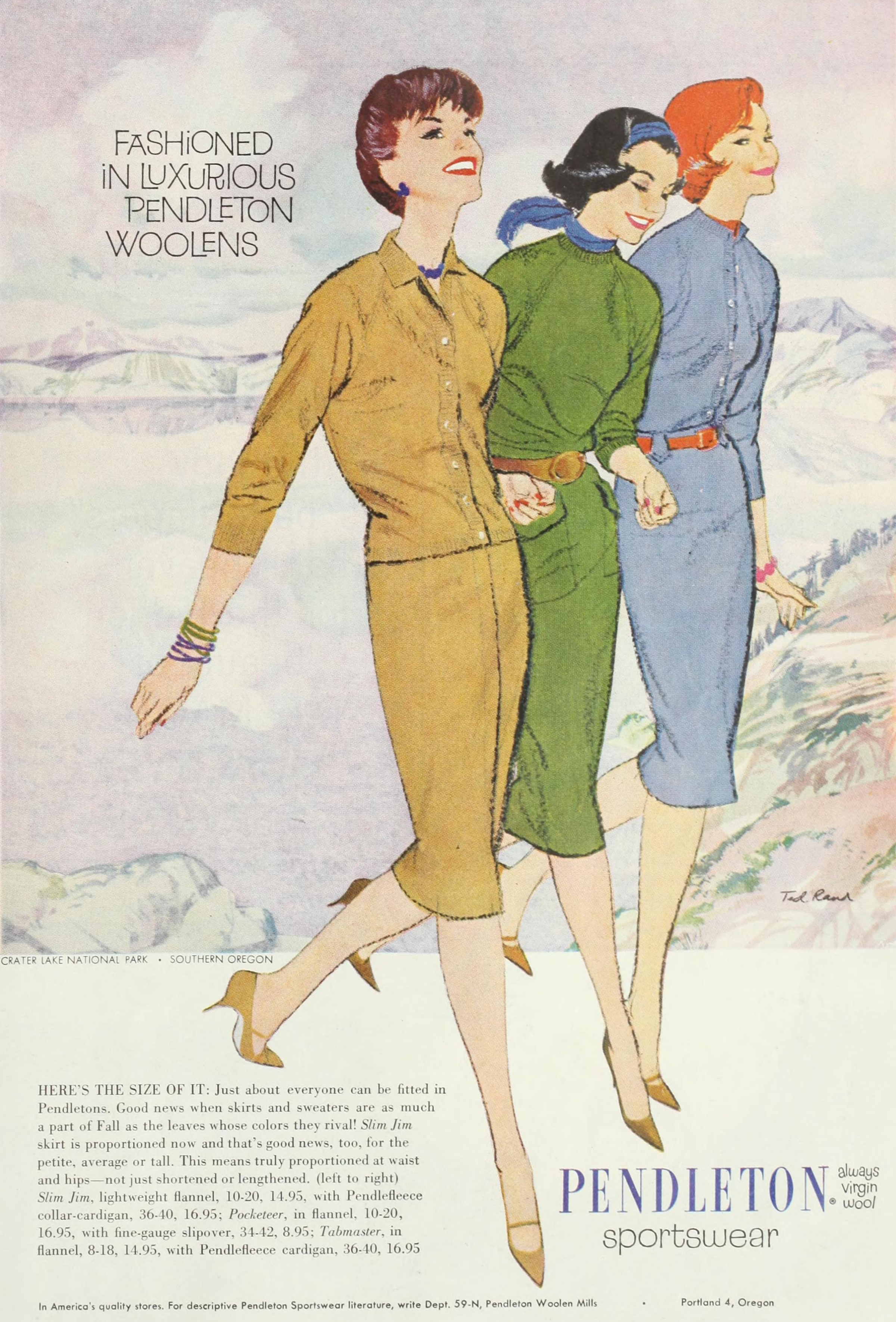 Found thanks to From Deco to Atom (danismm) on Tumblr

Advertising has rarely provided realistic depictions of women especially in the 20th century but this is ridiculous. Any real female model that had been asked to walk around Crater Lake National Park during October in a skirt much less any time of year in heels would have taken less than five minutes to shove them all up the photographer’s crater.