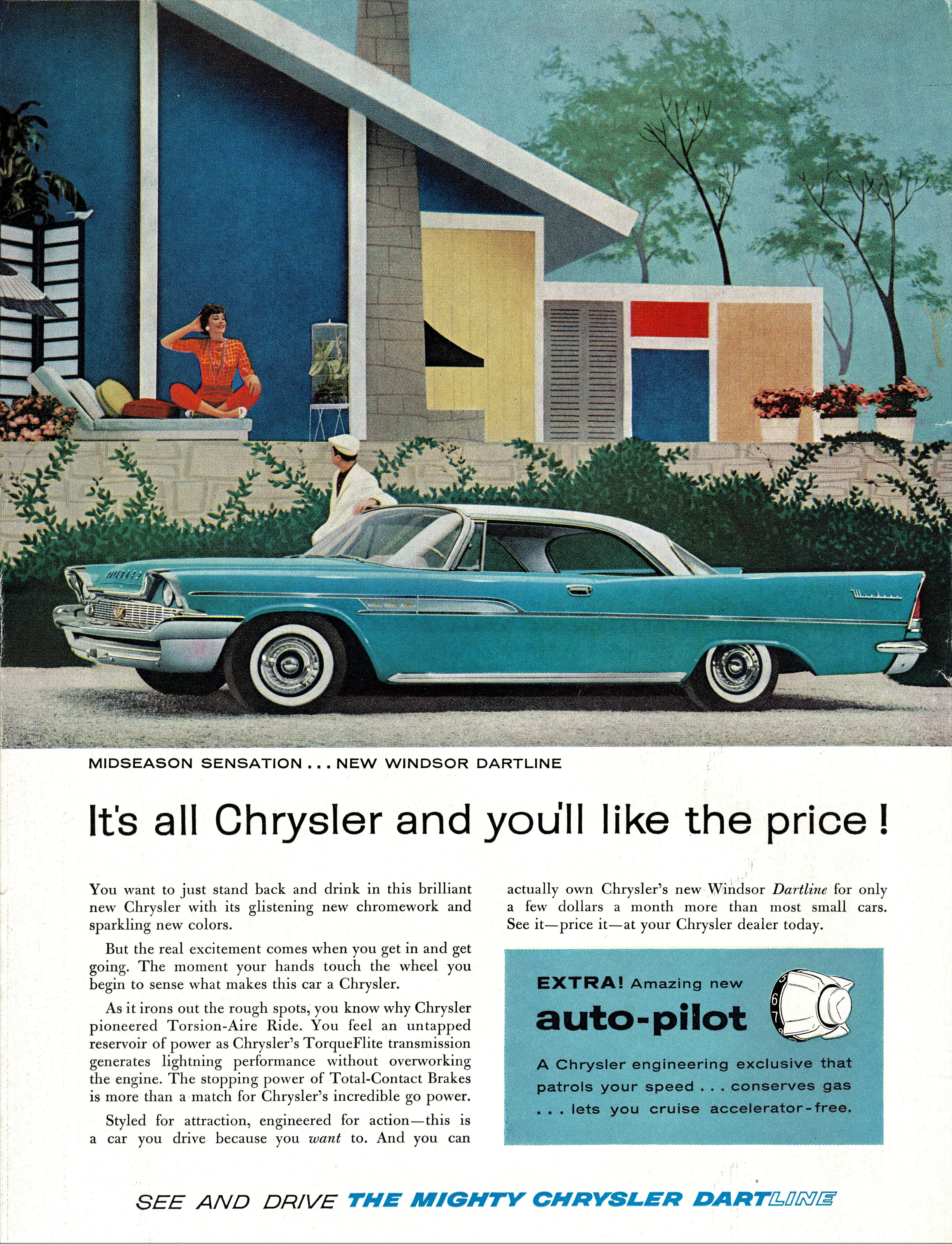 In an age when information about almost everything is available online, I am somewhat surprised there is not a full history out there on what I consider to be my favorite feature of any motor vehicle besides the sound system and air conditioning. While there had been some attempts at it before this, it was indeed 1958 when Chrysler was first to introduce what we know today as cruise control under the name "Auto-Pilot" on its Windsor and New Yorker models as well as for Imperial (then still a separate marque).

From what little I have been able to find about it online, both the Chrysler version as well as the one General Motors introduced on some Cadillac models in 1959 required frequent repair. That combined with the hesitance of drivers to use it made the feature fade away for a while. American Motors came up with a new version in 1965 but it was a system developed in 1968 by RCA’s laboratories in Michigan — a fully electronic device — that is the true forefather of today’s cruise control. Still, it wasn’t a feature strongly promoted by car makers until the 1973 oil crisis and, even then, I don’t remember seeing it often until the early 1980’s.

Hesitance to use cruise control still exists today. I cannot understand this. For me, it’s amazing how not having my foot on the accelerator during most of a long drive makes me feel much less tired at the end. In addition, I think about how many speeding tickets I have avoided in my driving lifetime using cruise control as I have a serious lead foot in addition to a great intolerance for drivers that apparently got their license out of a Cracker Jack box.

I think cruise control is also a courteous thing to use. Think about it…how much nicer is it to be behind somebody that holds a speed rather than one of those dolts that keeps fluctuating between 55 and 80?

My guess as to why most people don’t use the cruise control on their cars is they don’t like giving up control. I can sympathize with this as I observe coming technology. While I don’t mind letting a car control my speed, the idea of being in a self-driving car without me controlling every little adjustment on the steering wheel makes me extremely uncomfortable. To use and abuse a famous saying, I’ll give you my steering wheel when you pry it from my cold, dead hands. Of course, the all too frequent occasion of that happening due to bad driving — which includes people like me that sometimes get too full of themselves and think they are the greatest thing on four wheels — is why self-driving cars are coming whether I like it or not and will probably be a good thing overall.

Until that day comes when we are all forced to live Red Barchetta, I’m going to enjoy driving to the fullest…and that includes enjoying the descendant of Chrysler’s Auto-Pilot while flipping a below-the-window bird to all the cops sitting at their speed traps…which, if there’s one other good thing about the dawn of the self-driving car era, it’s knowing that all those underhanded cops that do nothing all day but earn money for Boss Hogg by pulling over people going one mile over the speed limit or otherwise tricking them into going too fast will soon all be out of a job and placed on the scrap heap of history where they belong.