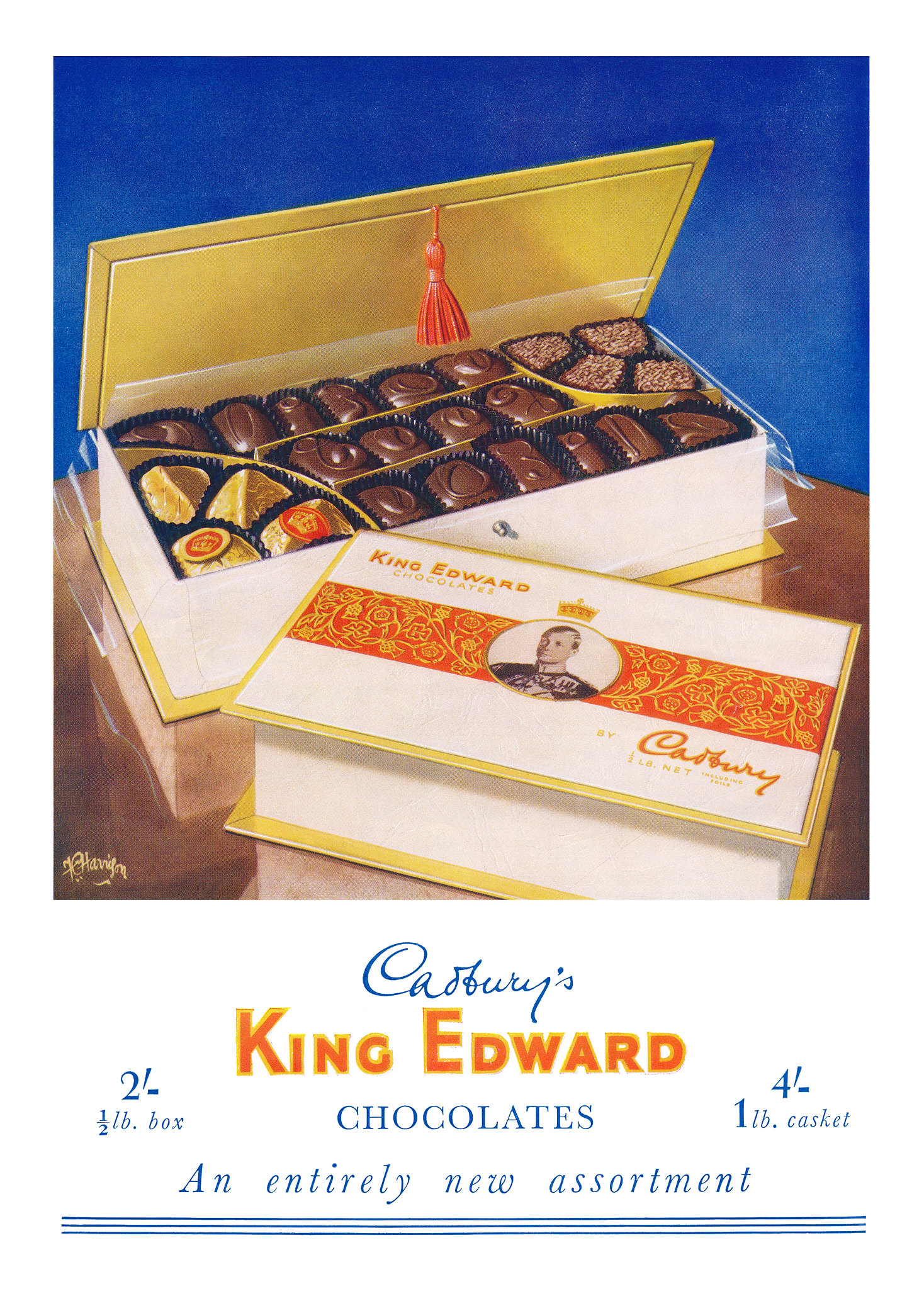 I’m guessing this ad must have been from very early 1937 with it being too late to reprint the magazine in which it appeared. King Edward VIII abdicated his throne on December 11, 1936. Considering the circumstances, I suspect Cadbury quickly stopped making this package.