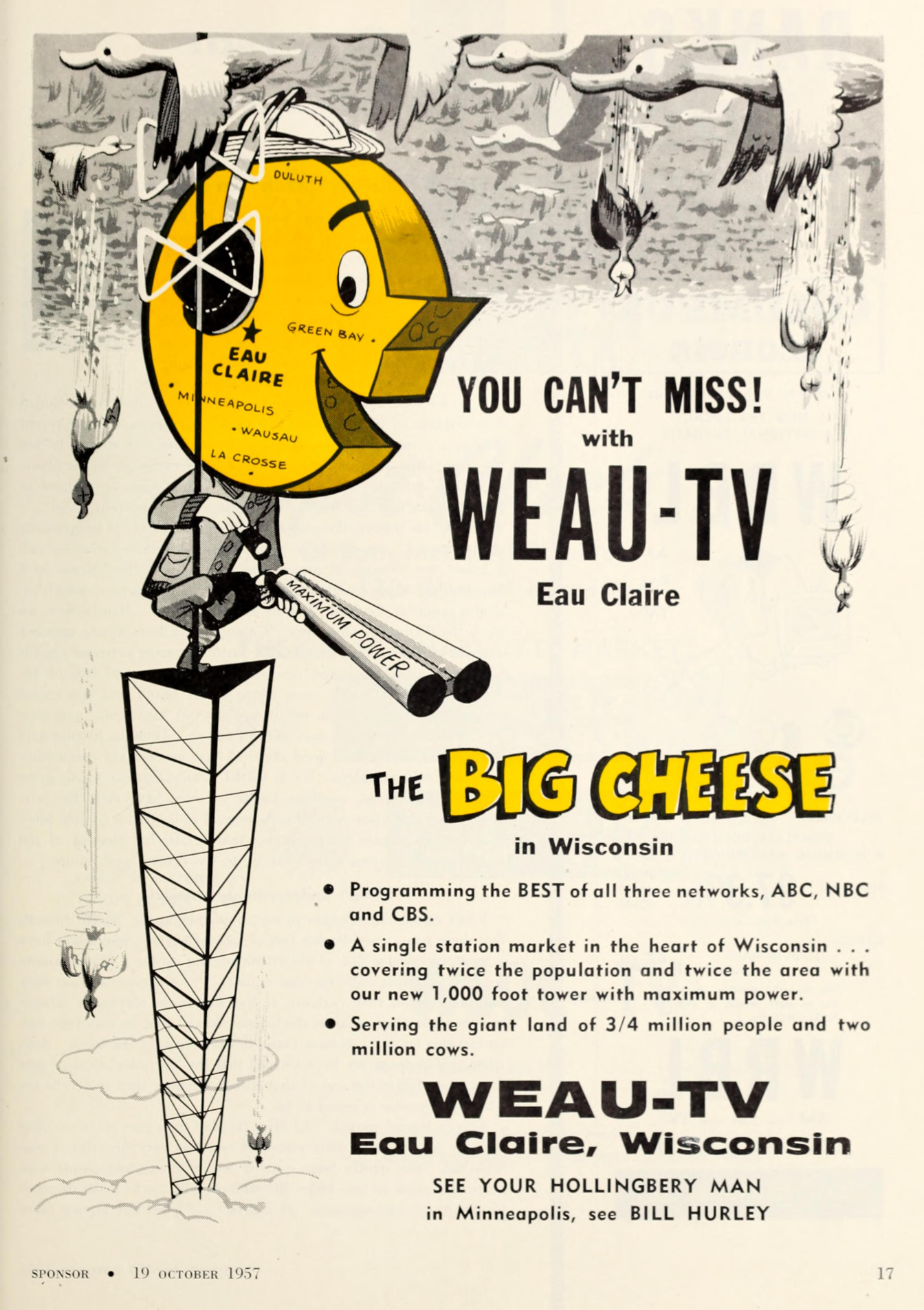 WEAU-TV signed on December 17, 1953. NBC was its primary affiliation even when it was also carrying programming from CBS and ABC (plus, prior to this ad, also some shows from Du Mont and, later, the NTA Film Network).

Advertisements such as these were not intended for the general public. They were published in trade magazines mostly aimed at advertisers to show them what type of audience their commercials would reach. This is why, while humorous, including the line "and two million cows" let advertisers know this was a highly agricultural market so it was best suited for commercials for traditional, all-purpose products and not high-end merchandise.

Such publications also carried ads directed at the stations themselves encouraging them to buy syndicated programs or other services. All of this was quite important and necessary in the days before deregulation when owners were allowed to only hold a relative handful of stations.