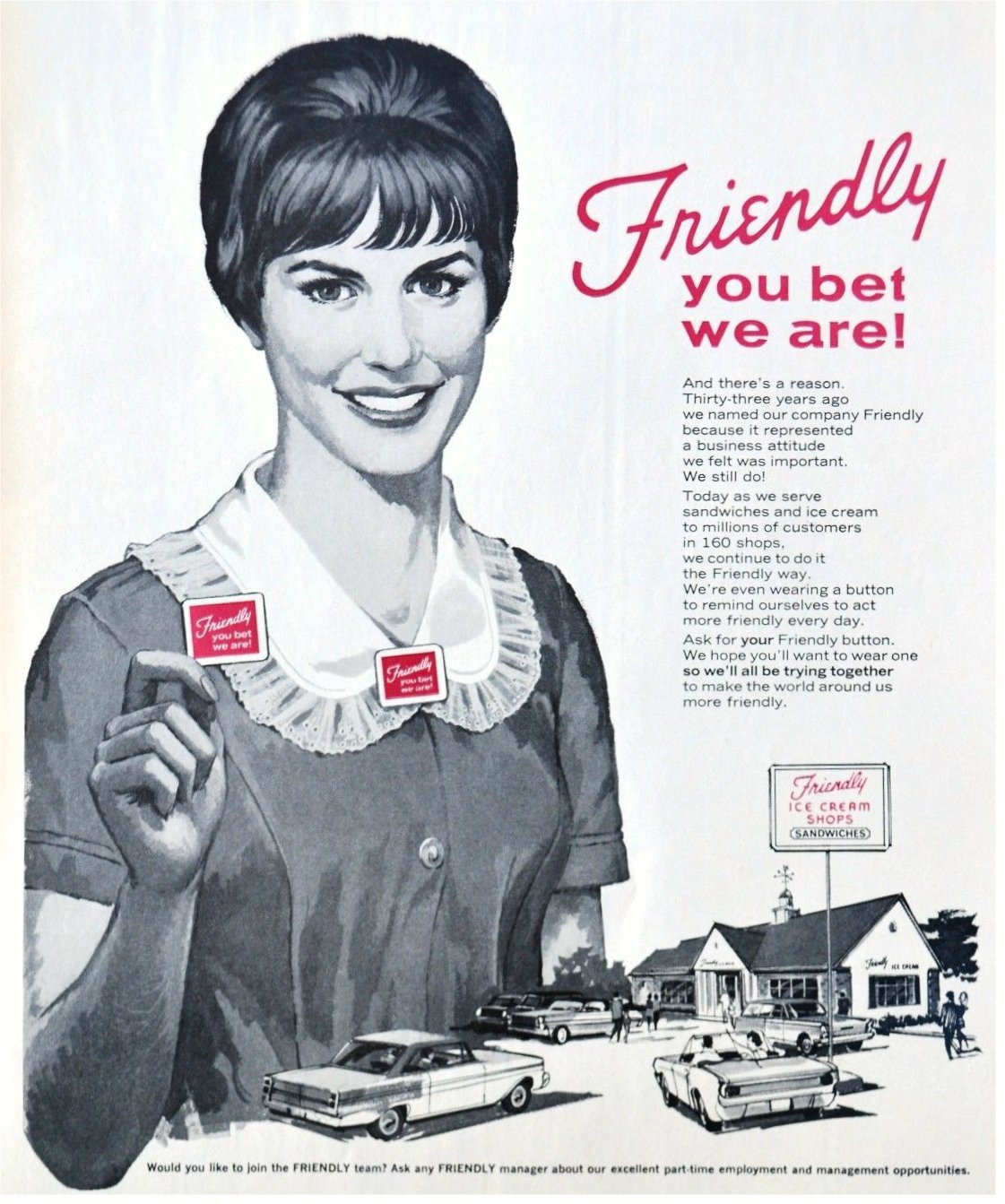 While they have since expanded elsewhere, what has been for a long time just called Friendly’s has always had its roots in New England. While having a full menu, its emphasis on ice cream makes Friendly’s perhaps the best existing chain that brings back memories of Howard Johnson’s.

A Friendly’s in Enfield, Connecticut was the first restaurant I ever went to with somebody my own age and accompanied by no adults. Being an ice cream place, one would think they would be used to pre-teens coming in. I guess the waitress thought young folks were not going to tip so we got crappy service. Having already been well educated in such things (I was often allowed to pay our bill and decide the tip when going out with my parents), we decided to do the adult thing. We left a penny for a tip and wrote obscenities on the table with the ketchup squeeze bottle.

That being said, Friendly’s is certainly one of the things I miss about the few years I spent living in New England. We went there many times and I’d love to go to one again. I’ll just warn the waitresses…I’m still quite nimble with a squeeze bottle.