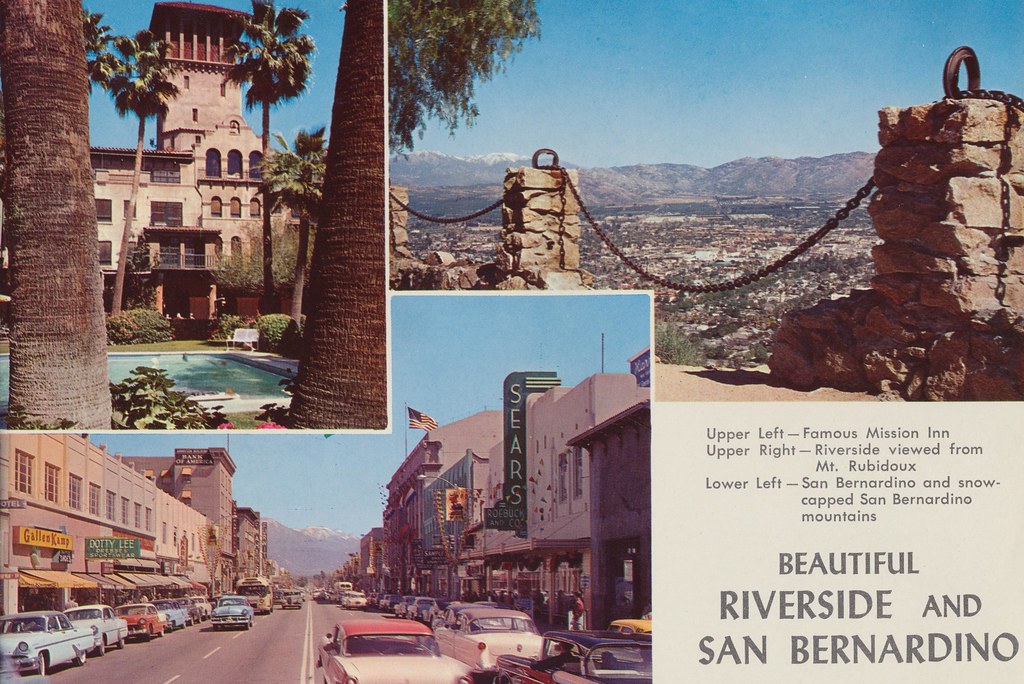 Riverside and San Bernardino are the historic anchor cities of the area east of Los Angeles known as the Inland Empire. In the glory days of automobile travel, many Americans passed through these places on old U.S. Routes 60, 66, 70, 91, 99, and 395.

The Mission Inn is still going strong and, thanks to California’s stringent vehicle emissions laws, the view from Mount Rubidoux is now much closer to what is seen here than what it was when I first moved to this area in the early 1980s.

As for San Bernardino…ugh. All I can say about it is, despite some huge efforts by some people especially in the wake of going bankrupt and then the December 2, 2015 terrorist attack, it should change its motto to, "The City that Gave Up." :-(