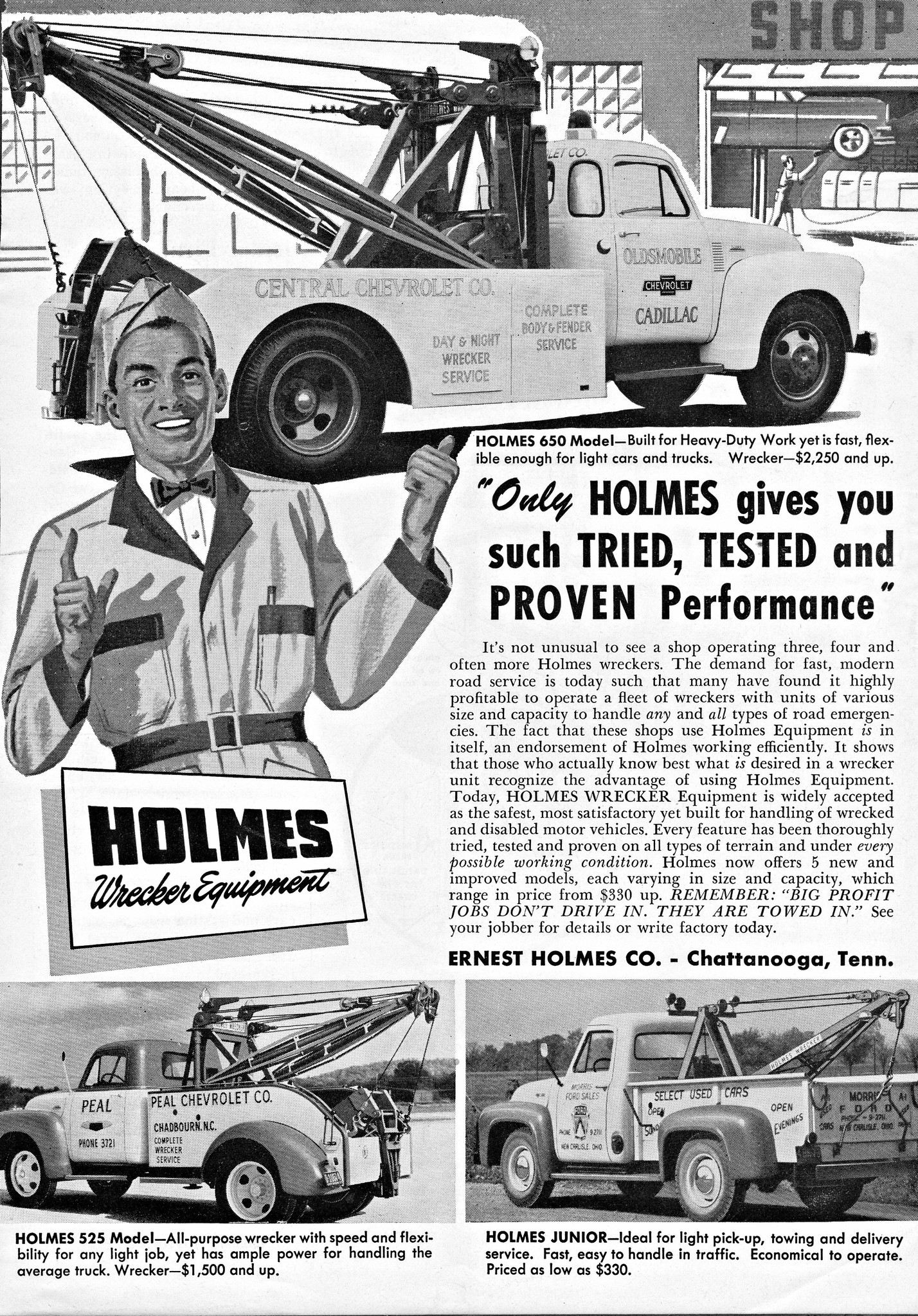 As the esteemed Mr. Jewell pointed out in his comment under this scan, 2016 is the 100th anniversary of the tow truck. It was Ernest Holmes, Sr. who came up with the idea although his first version was actually a tow car when he modified his 1913 Cadillac. The Holmes brand still lives on under Miller Industries. The birthplace of the tow truck, Chattanooga, Tennessee, is also the appropriate home of the International Towing & Recovery Museum.