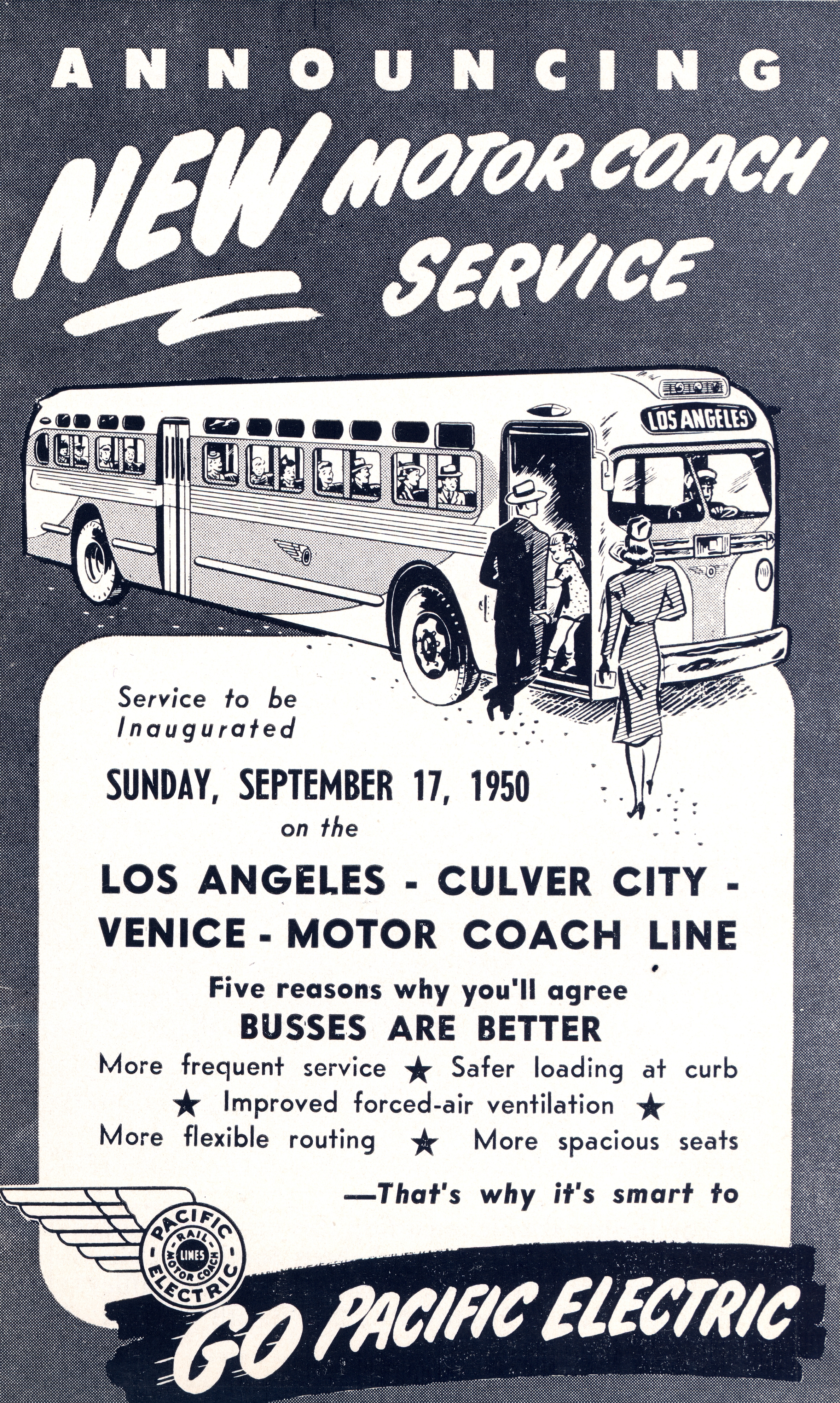 For those unfamiliar with the transportation history of Los Angeles, no, these were not electric buses. Pacific Electric was merely trying to hang on as a company while its rail system was being forsaken in favor of freeways. Pacific Electric sold off its passenger service of both types in 1953 but remained as a name in local freight until 1964.