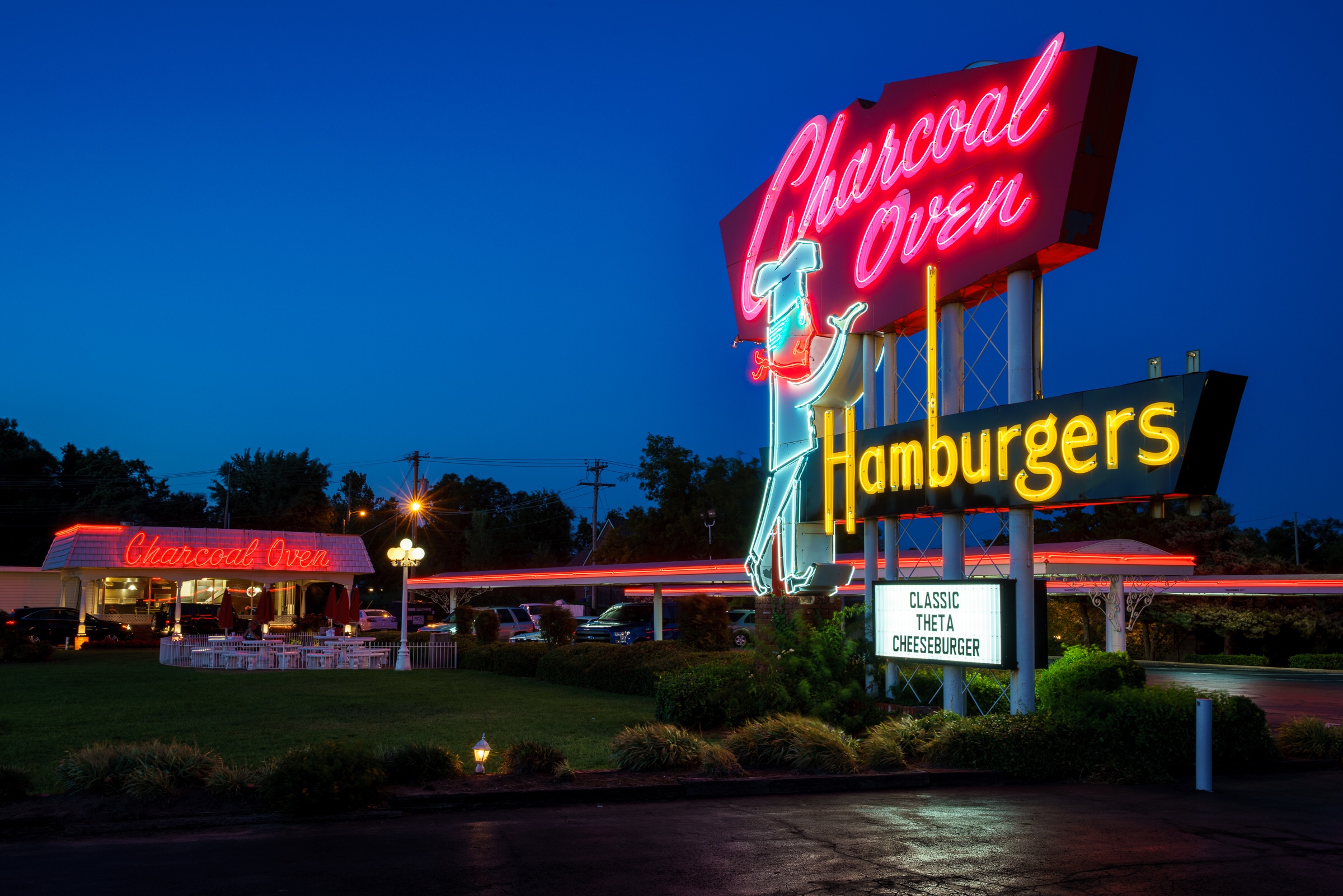 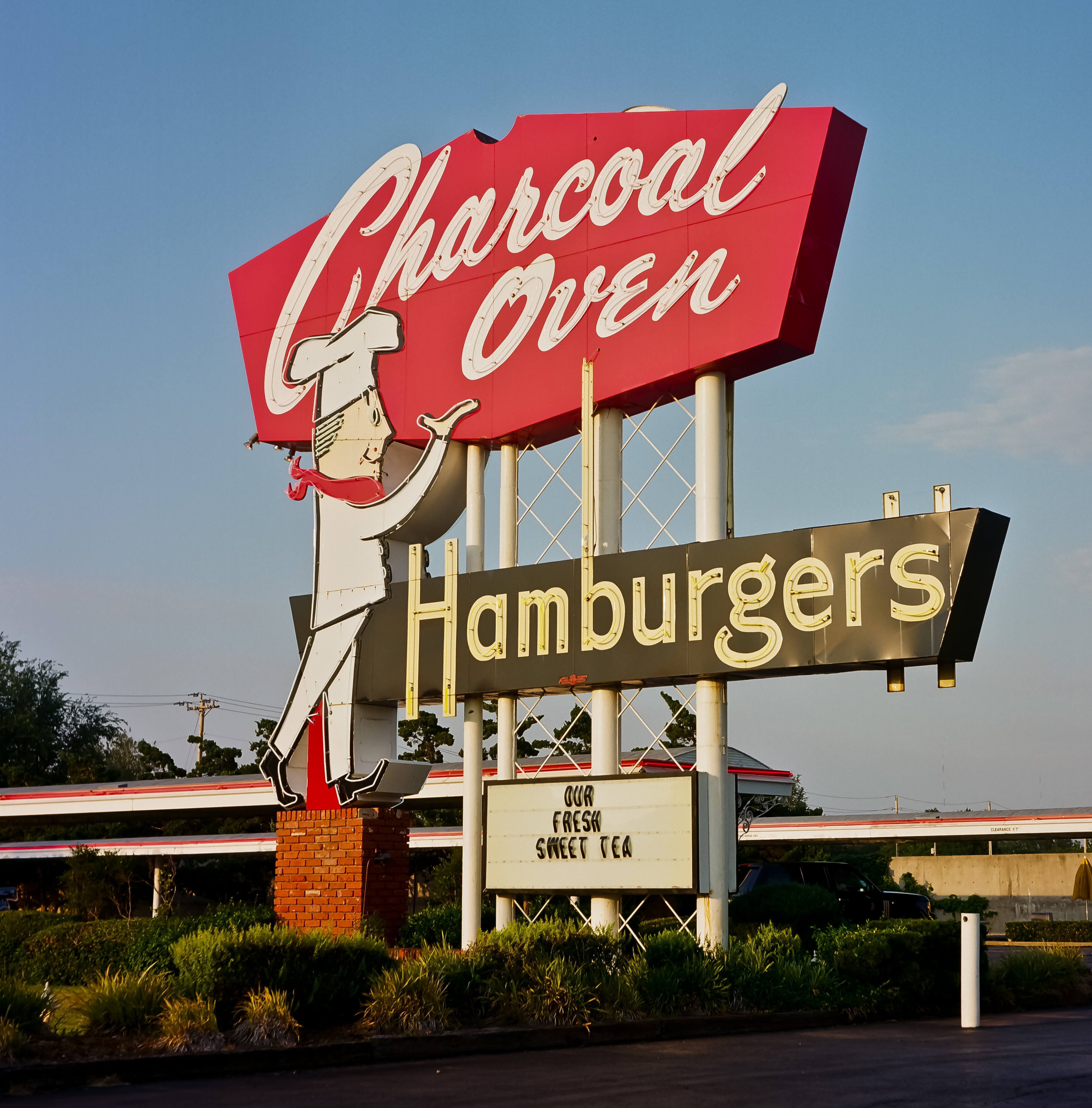 This is one of the sadder posts I have ever written. The neon sign at the Charcoal Oven was not only one of my top five favorites that ever stood along U.S. Route 66 but probably anywhere in the United States or Canada.

This past September, the property was sold and the sign carefully taken down. Yes, the cartoon chef will likely light up again in a planned Oklahoma City museum dedicated to the Mother Road and that’s certainly better than the fate most such signs suffered. Then again, it will never be the same as it won’t be a truly "living" thing on its beautiful park-like property where it oversaw almost 60 years of Theta Burgers, Chick-a-Doodle-Doo sandwiches, and Suzy-Q-Fries.

Even the Charcoal Oven itself might return elsewhere once the younger members of the family decide how they might proceed now that their 84-year-old patriarch has retired to travel. Still, even if the new location is on Route 66, can it ever be the same without the hearing the buzz of neon on the way into the parking lot?