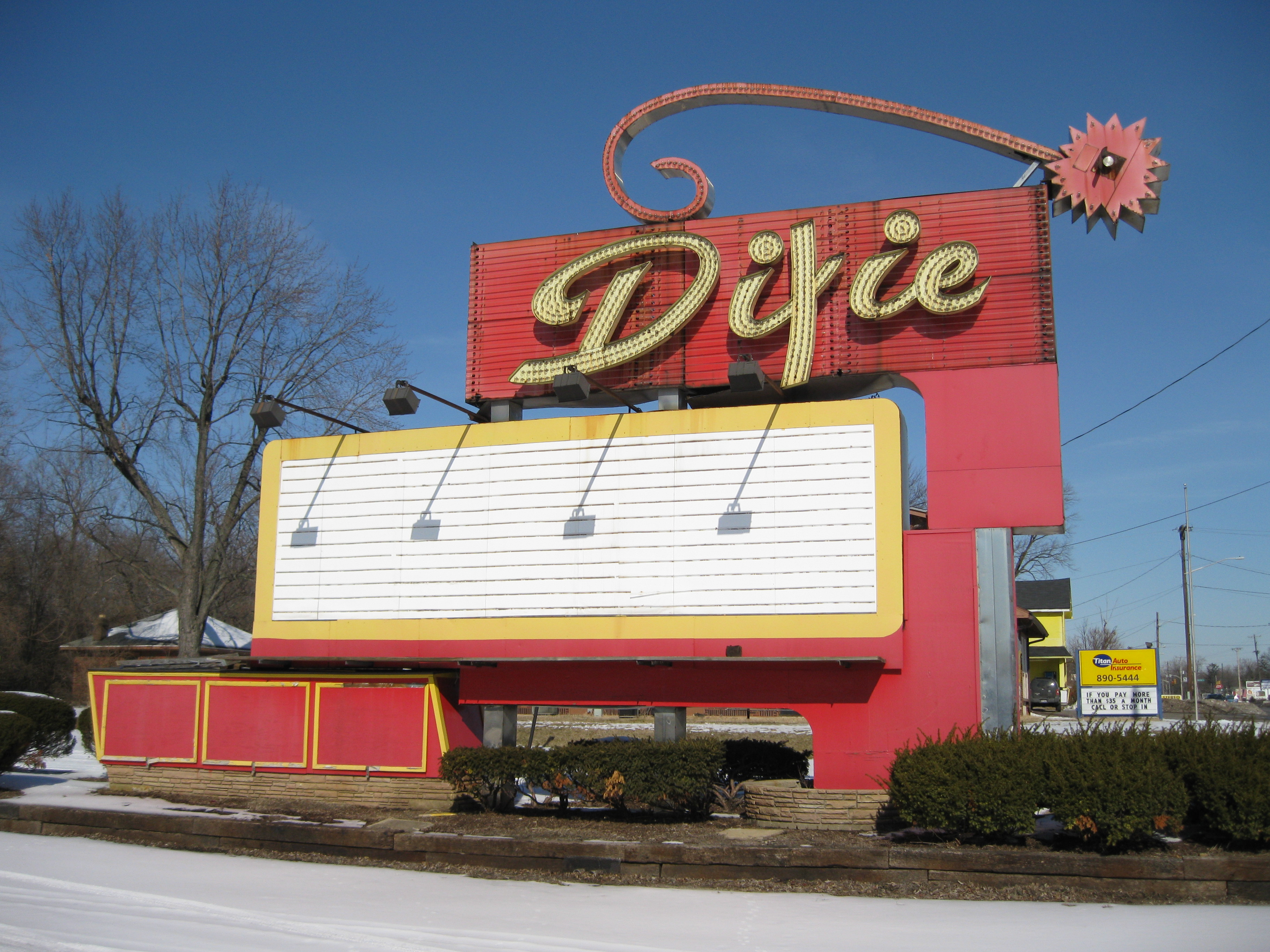 No, Ohio isn’t in Dixie but Dayton was along what used to be the eastern route of the Dixie Highway that once ran from Sault Ste, Marie, Michigan to Miami, Florida. Unlike most other old auto trails, the Dixie name remained strong along all portions of the route even after they were replaced by the U.S. Highway System.

The closed and deserted look this photo gives is only because it was taken in February during the drive-in’s off season. As you can see from the link above, the Dixie is not only still open but extremely vital in giving a true old drive-in movie experience including being cash only.