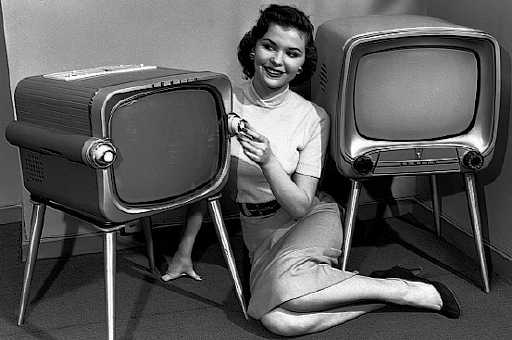 Today marks the official opening of a new feature here on KoHoSo.us, the Television page. This resource is presented as a true public service for those that want to quickly find local television station websites and Twitter feeds during breaking news events. This is most especially for my main interest in this area, following severe weather such as tornadoes and hurricanes.

The main portion of the Television page is a full list of TV stations organized by state and city. While there are no guarantees that any station will be streaming, these are the most likely as they are mostly major network affiliates and/or appear to have their own news department.

The big table on the page comes with a Search feature that will narrow it down to any listed state or city. Each station’s website is listed as well at its Twitter feed. The latter is not only to get extra updates but to assist with finding streams as some stations don’t always link them to their homepage. 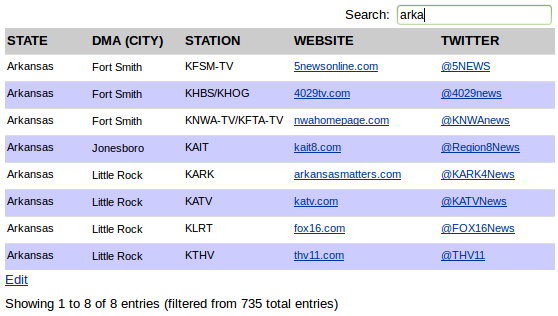 Here is an example of how the Search feature can be used to easily narrow down the table.

Once I started putting the list together, I was inspired to also make this information available via Google Maps and Google Earth. Many might prefer this layout especially if they didn’t spend hours looking at the Rand McNally Road Atlas as a kid like I did. Google Earth could be even more helpful for those not familiar with exactly where a town is located as the weather layer can be turned on to help pinpoint where the action is happening.

Here is an example of the Mountain/Pacific/Alaska/Hawai’i/Guam map in Google Earth with the weather layer turned on. As with the Google Maps version, the markers can be clicked upon to reveal a city’s TV stations and their links.

For those that do not use Google Maps that often, that service is currently split between two versions…the new one and the classic. As the new version does not support placing markers in the manner used on these maps, these will always display in the classic version. As I do not know what Google’s plans are in regard to retaining the classic version or adding the needed feature, this is why I am also making sure everybody knows these can also be seen in Google Earth which will certainly retain this type of place-marking feature.

All of this information plus any current notes about changes in station listings and websites will always be on this site’s Television page. This includes the links to the Google Maps and Google Earth KML files.

As Google Map links are quite long, I used the is.gd link shortening service. Those that wish to pass along these maps should also use these shortened links especially on Twitter where space is at a premium.

For Google Earth, clicking on the KML file links either on the Television page or at Google Maps should bring the program up automatically if already installed. For those using GNU/Linux, Google Earth is still available. I recommend installing the “stable” version that can be found in most distributions’ software libraries unless you’re a true Linux whiz kid and want to compile it yourself.

I now want to expand on something I touched on above — how one cannot always expect to find a stream. This can be a very hit-and-miss proposition. Those of you just getting into trying to find live streams for breaking news will surely be puzzled at times if not downright angered. For one example, I guarantee some will be stunned that a major market like Saint Louis rarely has a station streaming during a tornado yet the lone outlet in the relatively poor, tiny market of Jonesboro, Arkansas will stream every time a twister threatens any county in its broadcast area.

Overall, I find that more and more stations are discovering that streaming their breaking news coverage is worth the hassle and cost. This is especially true in situations where the power goes out but people can still access the Internet via a mobile device and also for those that simply want to keep up on something while at work where there is no TV. Any station owner or manager that doesn’t believe being there for people via the Internet during times of disaster will quickly find himself losing in the ratings as the Internet generation continues to grow. Just as people in the 1970s switched in droves to the stations that first bought mobile cameras and microwave links to show events live, today’s viewers will give their loyalty to the station that is always there for them whether it is via traditional TV or over the Internet.

For those that might join me on occasion with this odd hobby I have of what I call virtual storm chasing, I hope this work I have put into my list and maps will assist folks in finding a stream a little quicker especially when I cannot tweet it myself on Twitter. There is a lot to see out there at times and, in my opinion, it is often better to get it from the reporters and producers that know a place best than to have it filtered and interpreted by people in New York or Atlanta.

Suggestions on how to improve the list and maps and especially corrections will always be welcome…tweet to @KoHoSo on Twitter or send an e-mail to the address listed over in the right-hand column of any page on this site.