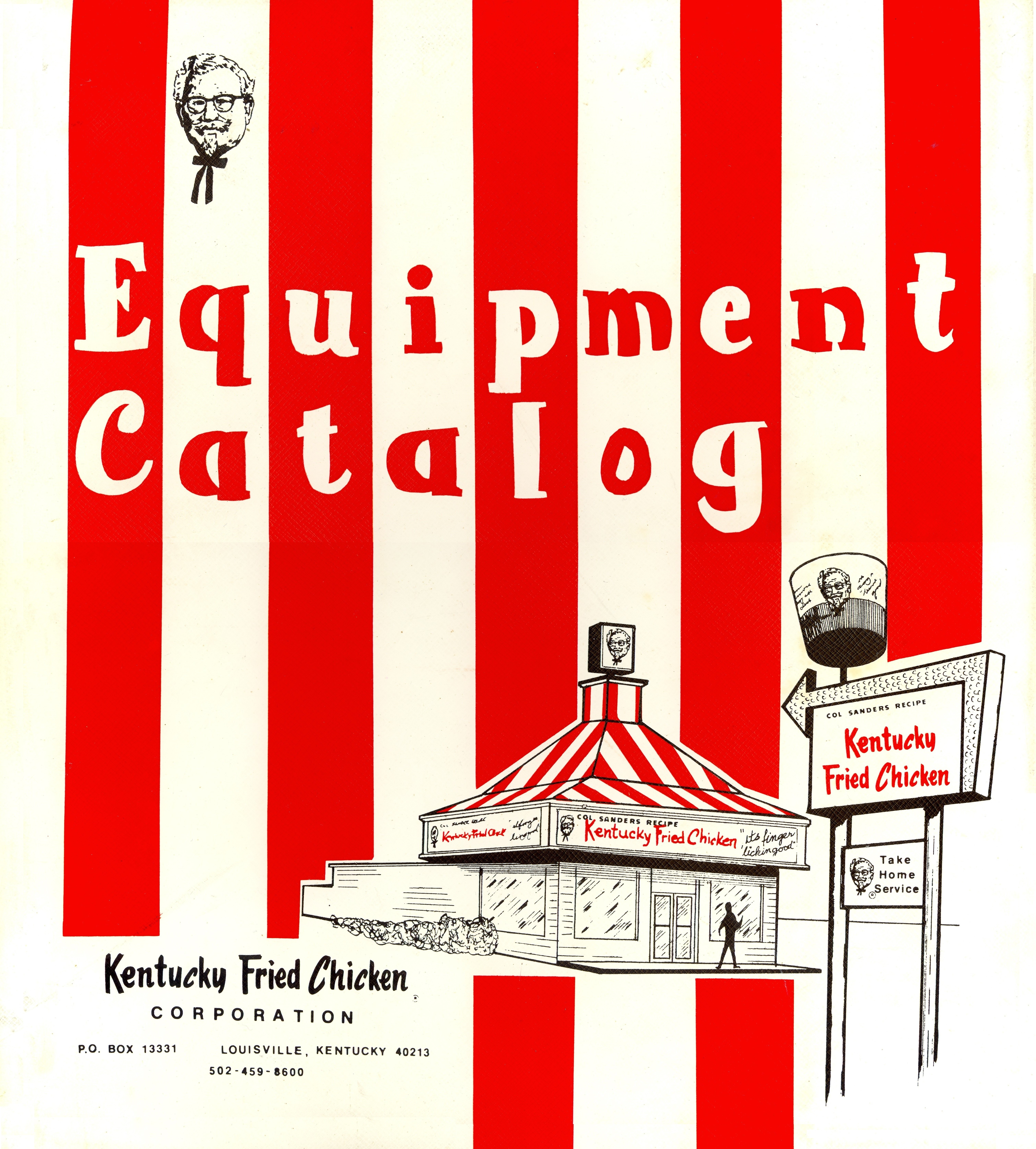 Not only is this a fantastic, attention-grabbing catalog cover, it’s a great reminder of how fun this style of KFC’s standardized restaurant building was. I’m just barely old enough to remember when some of these were still new…the arrow full of blinking yellow bulbs, the eye-popping red and white roof, and both the bucket on the sign and the Colonel’s face on the roof spinning around. Sadly, it didn’t take long past the first oil crisis to see most of these either with only the back-lighting behind the main sign powered on or franchise owners that refused to fix them. The latter was often due to KFC’s contentious relationship with its franchisees, something that continues to this day even under the Yum Brands conglomerate. It’s a shame the real Colonel isn’t around today and not that recreated abomination currently disgracing American television screens. Harland Sanders was not one to mince words or avoid extremely salty language in order to shame corporate pinheads into doing things right even long after he sold the rights to his secret recipe.