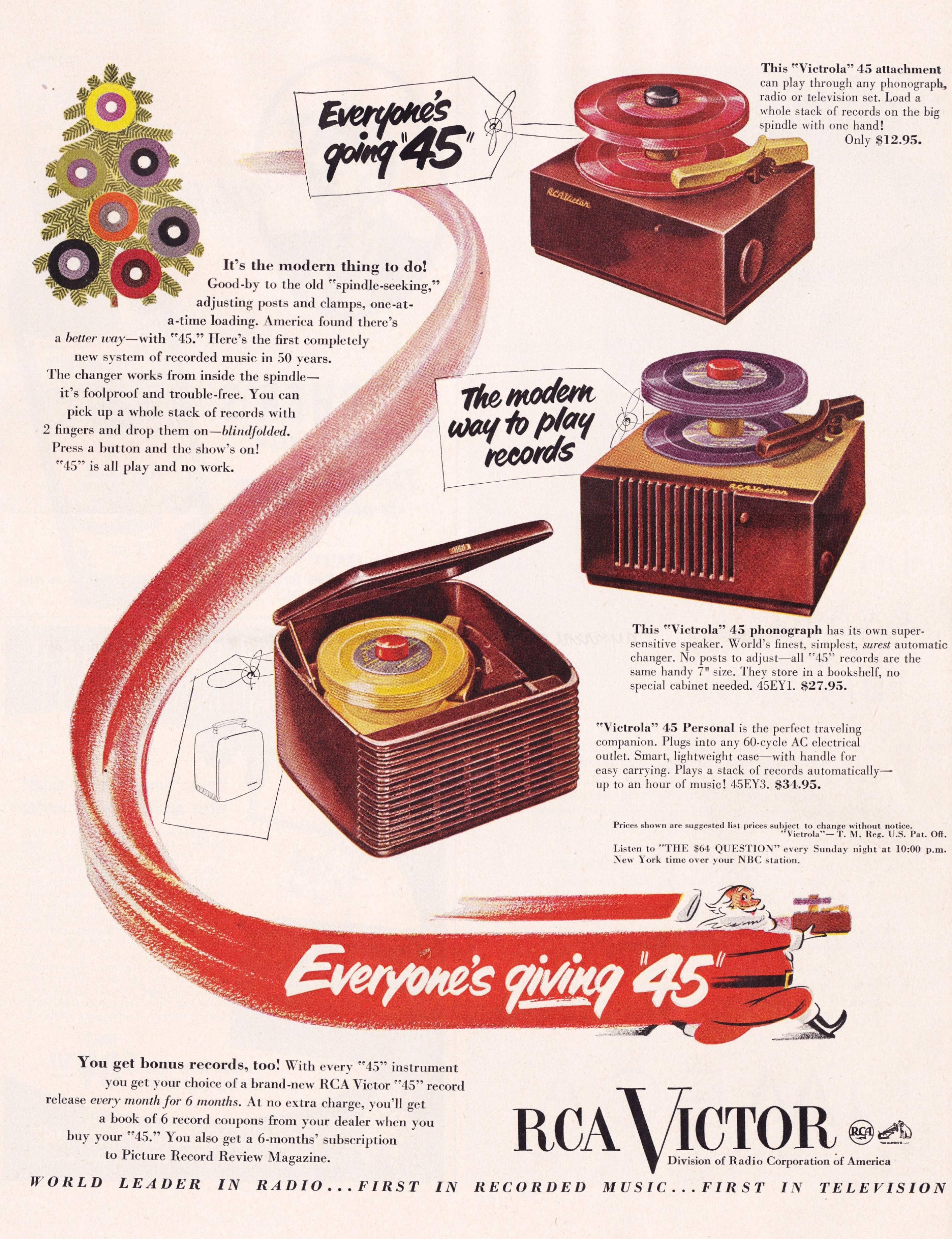 In case anybody is wondering about the discs having colors instead of being black…as RetroLand U.S.A. points out in the comment under his post on Flickr, the 7-inch, 45 r.p.m. record format was less than two years old when this ad was published. The original plan was each style of music would have its own color.

Of course, this was mostly only seen in the United States…and, being American where being cheap always seems to end up ruling the day with big corporations, the colored vinyl was mostly phased out fairly quickly except for special releases. However, for some reason, red for classical and especially yellow for children’s records were still a common sight even into the 1970s.