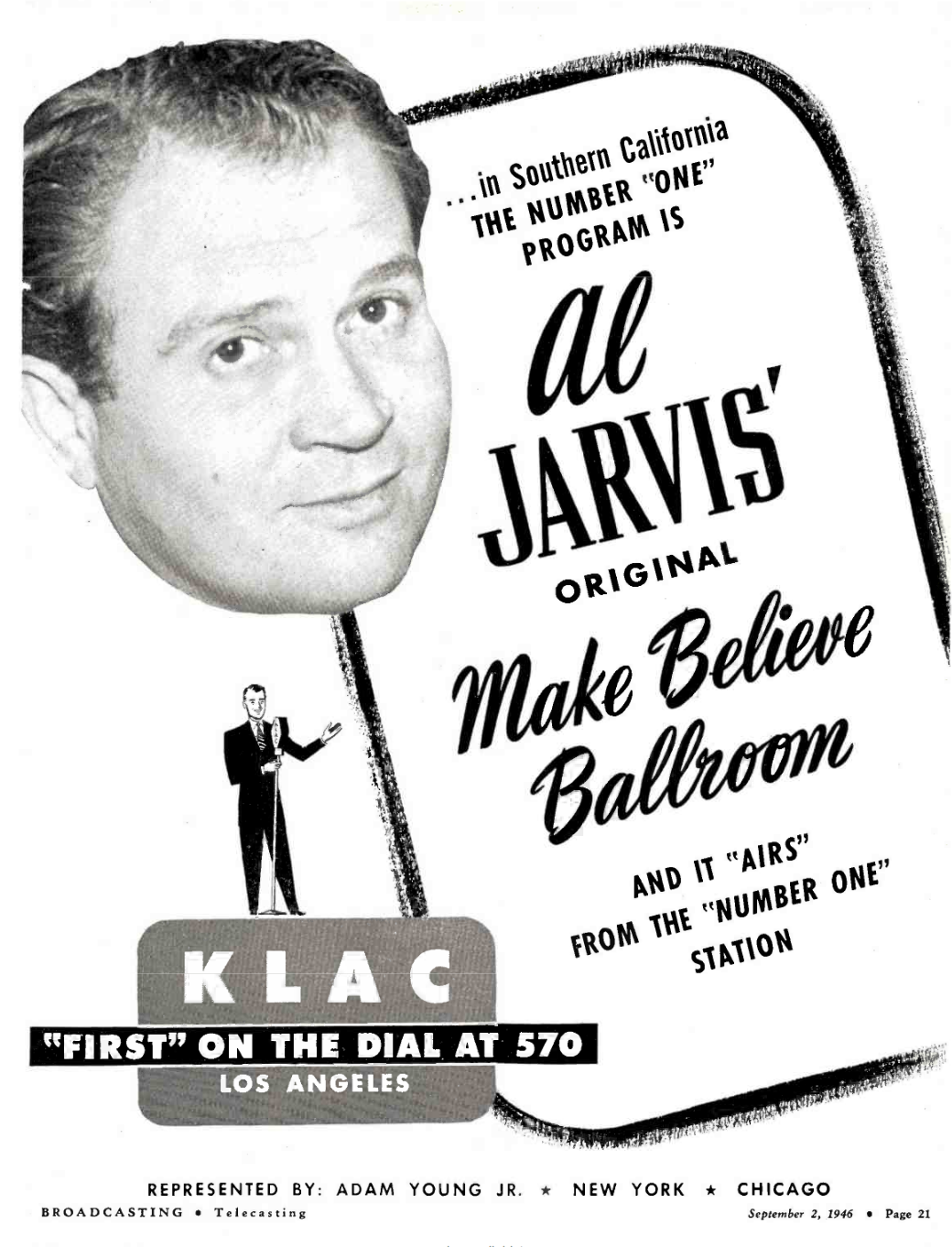 While many others did it before (especially in the experimental days of radio), Al Jarvis is truly the father of all disk jockeys. Beginning in 1932, what was then called The World’s Largest Make Believe Ballroom was basically nothing but Jarvis playing records with his announcements creating the ambiance that each program was a star-studded live concert. With this ad coming 14 years after the program’s debut, it shows how popular this program remained for a very long time.

It is a shame that Wikipedia or another easy-to-find website does not have more history on KLAC before it "flipped" to country music in 1970. It certainly deserves to be remembered along with the other top stations in the history of Los Angeles such as KHJ and KMET. Sadly, like so many powerhouse stations of the past, KLAC is now owned by iHeart and is one of those all-too-common sports talk outlets where the hosts often aren’t talking about sports.