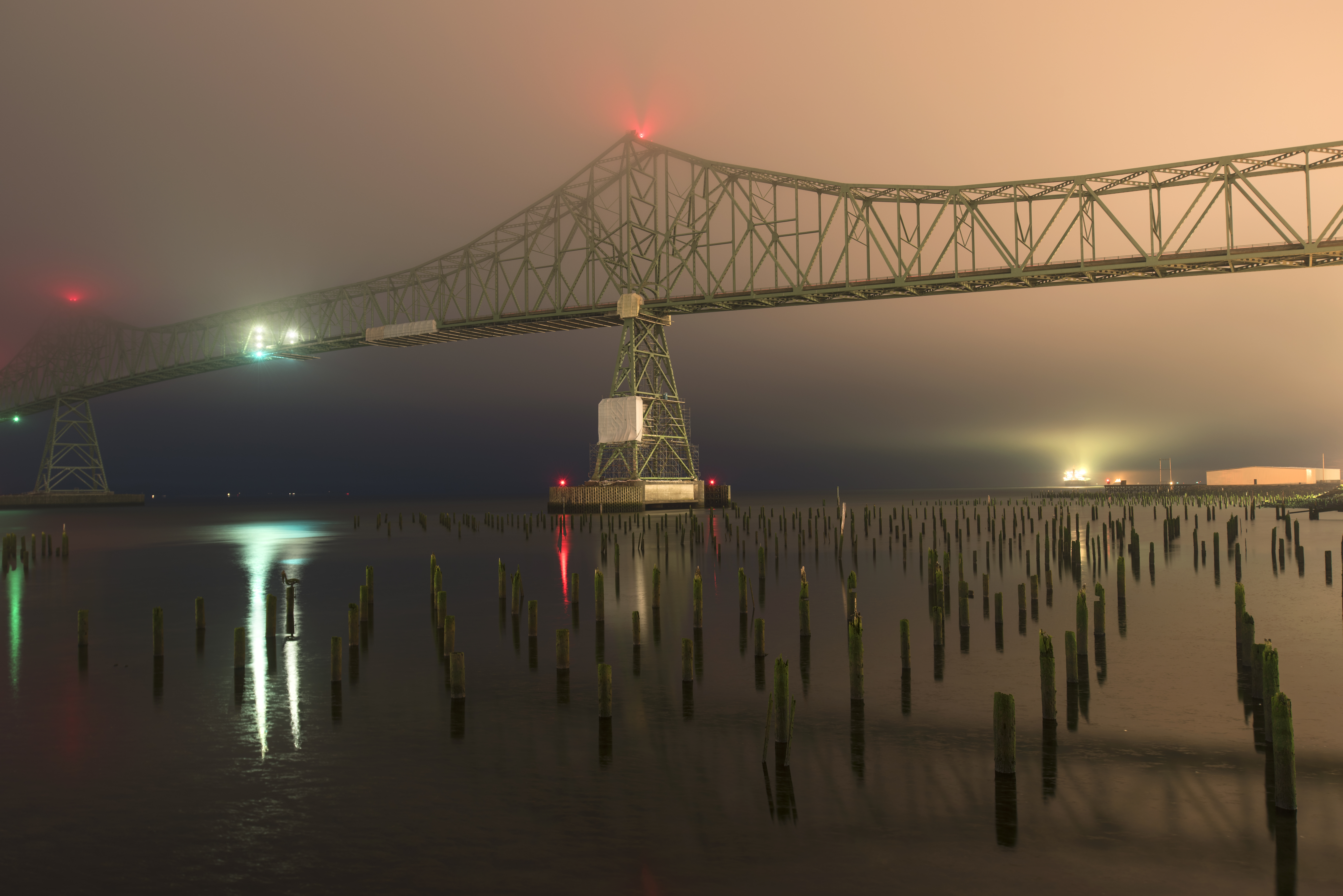 The Astoria-Megler Bridge was opened on August 27, 1966. Spanning the mouth of the Columbia River between Oregon and Washington, it is the longest continuous truss bridge in North America at 4.1 miles (approximately 6.6 kilometers). It was a badly-needed replacement for the ferries that took at least 30 minutes to get traffic continuing on its journey along U.S. Route 101 and often could not run due to inclement weather.

The fog that often surrounds the bridge makes it one of the most photogenic in the country. I am not surprised that one of my mot favorite photographers on Flickr, Curtis Perry, took one of the best pictures of it I have ever seen.