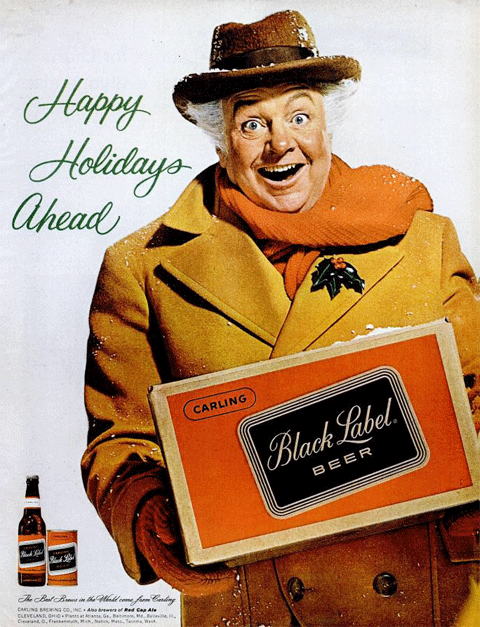 Looks like the Skipper has brought the booze for the SS Minnow Christmas party. – Tom C.

No, that’s not Alan Hale, Jr. although the resemblance is pretty close. It’s actually another actor, Tom Reynolds, playing "Holiday Man" who made yearly appearances for Carling in the United States beginning in 1950 and into the 1960s. While not as famous as the slogan one can still occasionally hear today in bars serving Carling, "Hey Mabel, Black Label!," the Holiday Man became popular enough to be brought to life by Reynolds in 1961 for a set of television commercials.