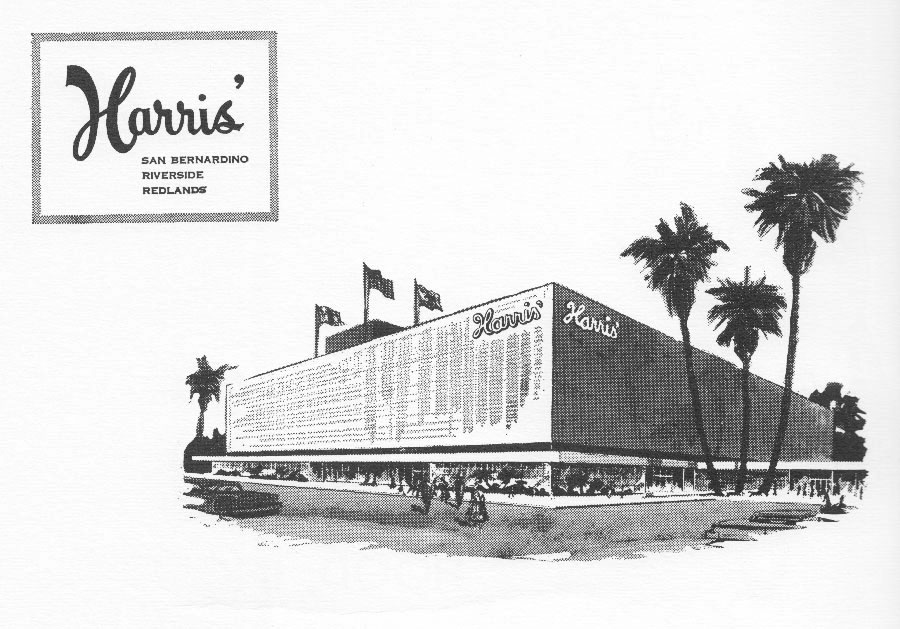 Through almost the entire length of the 20th Century, there was no better or higher shopping experience in the Inland Empire area of California than the department store known as Harris’. It was not just that it happened to be the place that sold the best of everything, it was how Harris’ treated customers so well and made themselves a part of the community.

Of course, not even the best of the old department stores could make it into the 21st Century especially in an area where the demographics changed so dramatically. Harris’ is now just a memory, but a very strong and pleasant one for those that got to experience it before becoming a part of Gottschalks in 1998 and completely losing its identity in 2005.