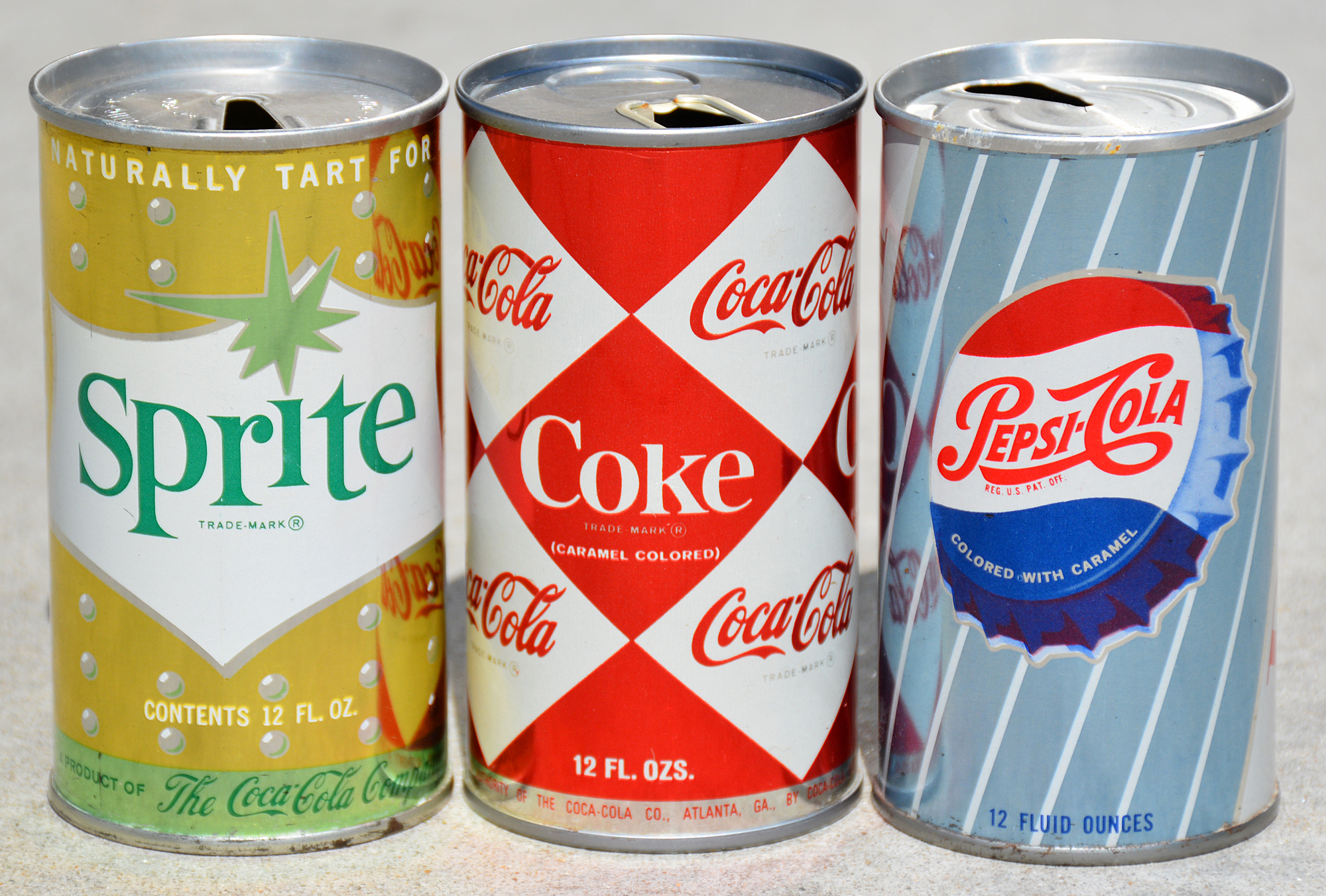 Aside from the cool old designs on these cans that are in such exquisite condition, what grabs my attention most is the "naturally tart" portion of the Sprite can. This is a good example of how all of the major lemon-lime soda pops have changed since the 1960s and 1970s. While certainly not as tart as grapefruit-flavored Squirt, Sprite along with 7-up, Bubble Up, and Teem were definitely more "crisp" than they are today. While it is only fair I admit to having lost some of my sweet tooth as I head into my 50s, I don’t believe there’s any doubt each subsequent "new and improved" version of the major lemon-lime soft drinks — including relative newcomers Slice and Sierra Mist — are all now just a micro-hair less sweet than Mountain Dew.