During the lead-up to Hurricane Irene, I did a sort of “emergency run” through radio stations all along the Atlantic coast looking for ones that might be good to share through Twitter and on my Tumblr blog in case that storm ended up creating more havoc than it actually did (not that Irene was not bad enough as it was especially for poor Vermont, but it also was not up to Katrina-like standards…thank goodness!).

A nice side of this was I ended up discovering a great station I had previously missed out on adding to my Radio page…independently-owned WOCM.

WOCM is difficult to classify in a couple of different ways.  As for its location, the studios are in Ocean City, Maryland, the overall market is Salisbury, Maryland, but the official city of license is Selbyville, Delaware (either way, it is the first station from either state to make my list).  As for the format, I went with calling it “adult alternative” although it certainly mixes in more and harder rock than most “AAA” stations plus they mix in a lot of other things that even most other similar stations never think of trying such as oldies and deep cuts of blues and reggae artists.

In some ways, WOCM adds to confusion about itself — at least to those looking at it from outside its intended market — by calling itself both “Ocean 98” (a fairly standard-sounding moniker that could be for any format) and Irie Radio.  Of course, “irie” is a word most strongly associated with reggae music.  While WOCM does play some reggae now and again and “irie” does mean a combination of happy, excellent, and pleasing, it does seem out of place no matter how much one wants to think that the cooler beaches of the Delmarva Peninsula compare with those of Jamaica.

My critique of their branding aside, this is one of the best commercial rock-based radio stations I have found in a very long time.  If one likes a good portion of familiar music but still wants to be challenged or surprised on a fairly regular basis, I strongly recommend spending a few hours listening to WOCM under any name. 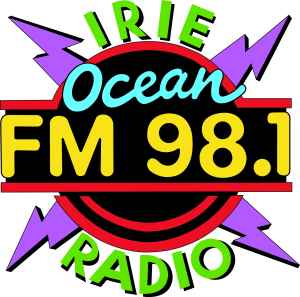