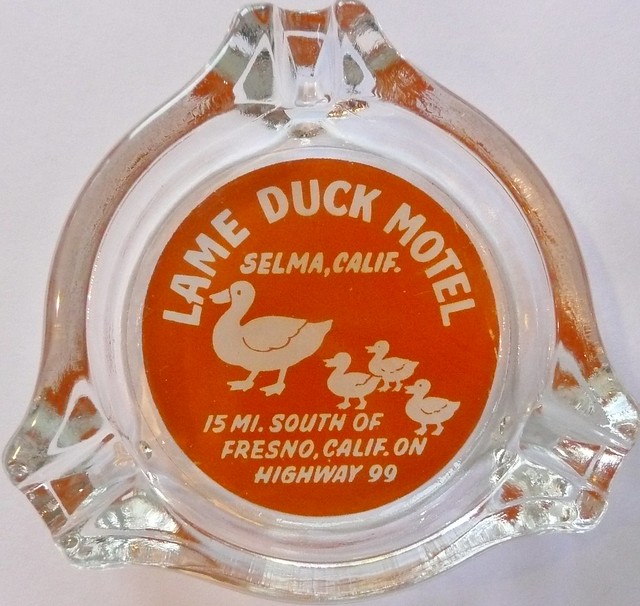 Lame Duck Motel – Selma, California U.S.A. – date unknown
Copyright © Frank Kelsey (ussiwojima) on Flickr. All rights reserved.
Found via the MOTEL ASHTRAYS group pool
When I first posted this a little under four years ago back during my days on Tumblr, the Lame Duck Motel was still open and looking pretty good. Sadly, like far too many of its historic cousins along the old U.S. Route 99 corridor, it is closed and apparently destined to be torn down (if it hasn’t already) to make way for California’s new high-speed railway. In many areas of the Central Valley, Route 99 closely followed the main rail line that is now being used for this project.

While I am one that is glad somebody in the country is finally building a high-speed rail system, it is a shame that it is going to come at the expense of so many pieces of 20th Century history. For almost anywhere between Los Angeles and Sacramento, it will assure that old Route 99 will never become the tourist attraction it could have been.