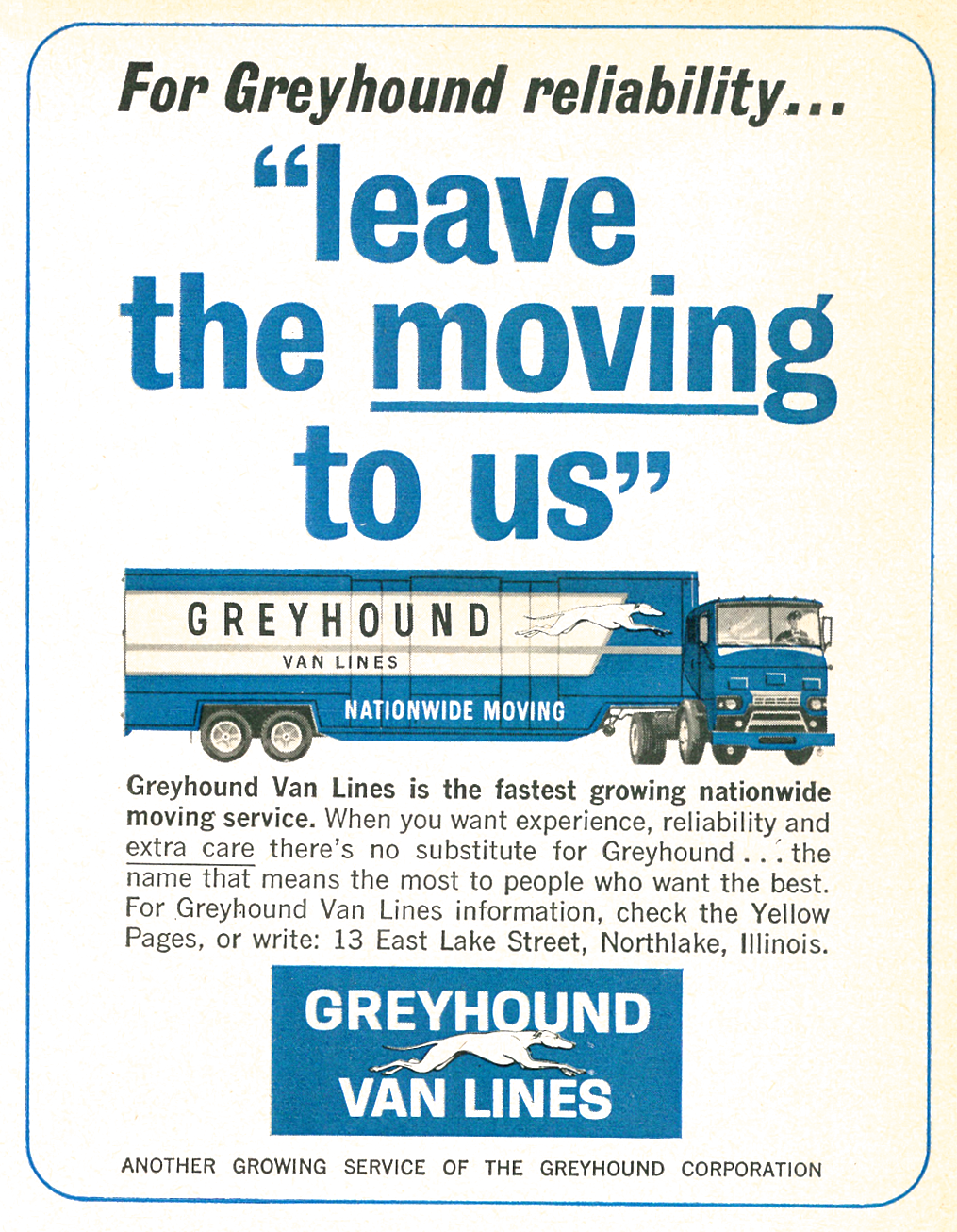 This is a nice find by Classic Film of a brand name for which I have fond memories. I don’t so much remember my family’s move using Greyhound as I was too young but they gave me a toy moving van that I enjoyed for many years (plus we had some of the boxes for ages after that, too). I do seem to recall that it was probably our most pleasant move as a family as the company my father worked for used Allied Van Lines for each one after that and they were all a disaster in one way or another.

There doesn’t seem to be any information out there on when Greyhound sold or ended its moving van service. Not one word of Greyhound’s Wikipedia article mentions it. That’s a shame not only for my personal memories but also as their trucks had one of the best liveries ever seen on American roads.