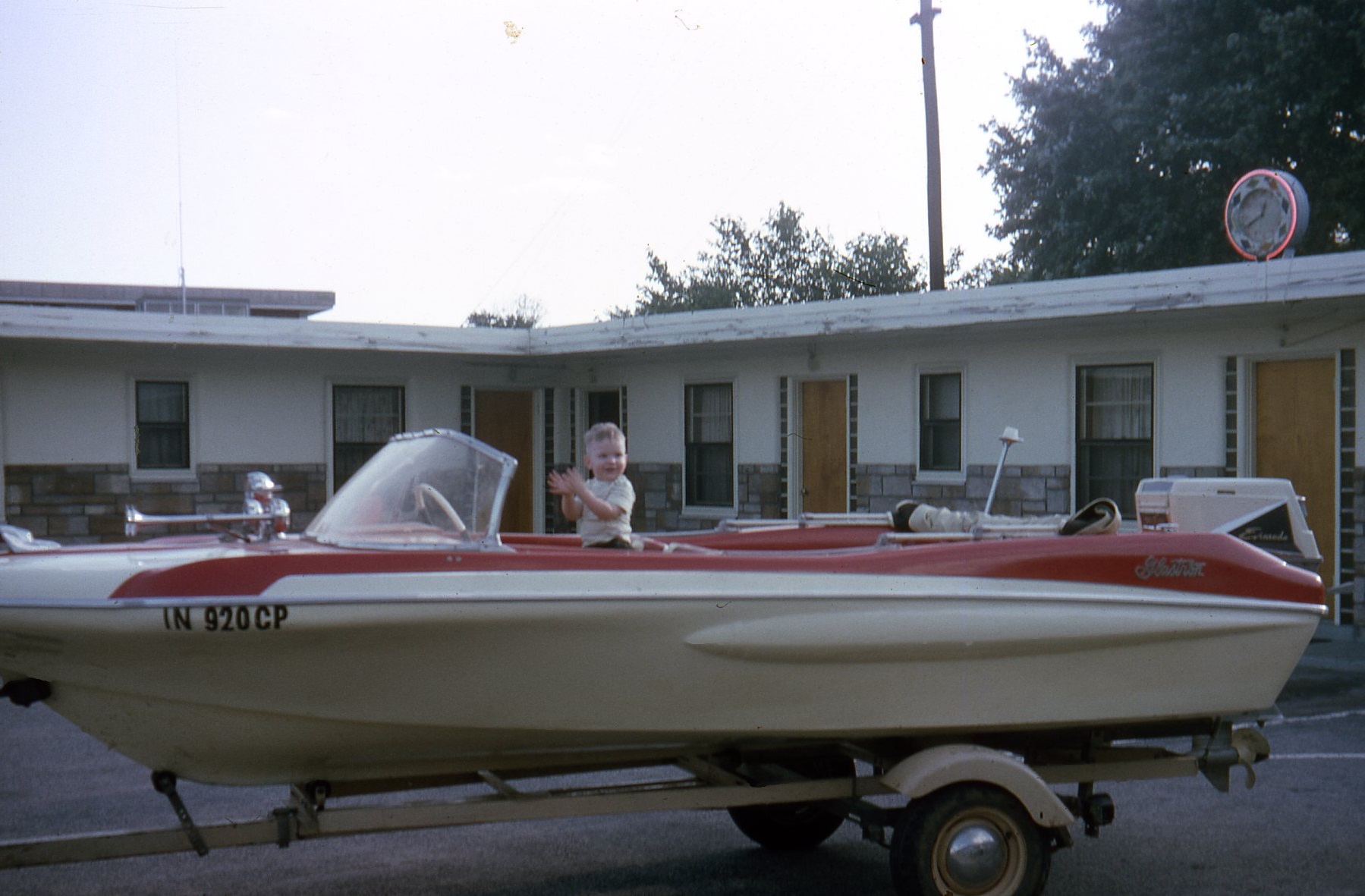 The problem with most of the motel-related material I have posted over the years is it doesn’t provide one a sense of what it was truly like to be there during its prime era of use. The signs I share are often recent photos showing the poor things deteriorating. Postcards are a little better but, even in the mid-20th century, were highly airbrushed (the old way of Photoshopping).

That is not the case with this photo. This is indeed what the Little River Motel looked like in 1965 complete with the outdoor clock being there with its working pink neon. While not lit up at what appears to be 12:40 in the afternoon, if one looks closely, it can be seen the room numbers are hooked up to electrical wires. Those were also glorious pink neon!

That detail along with the photo come courtesy of johnham64. Over four-and-a-half years ago, John found the post I made in the middle of 2014 with one photo featuring the Little River Motel’s sign and another distant picture of my own that I took during my big road trip in 2007. John shared a comment that his grandparents ran this motel during the 1960’s.

I am not only thrilled that John came back to share this photo but remembered my post so many years after leaving his comment. I am about as happy as the kid in that boat to share this picture he sent to me via email. Aside from the picture itself, and while I would not have been on such an adventure until a few years later as I was born the same year this photo was taken, it was a really big deal back then for a boy (and, lots of girls, too!) to watch daddy or grandpa hook up the boat and then go on a fishing trip with him.