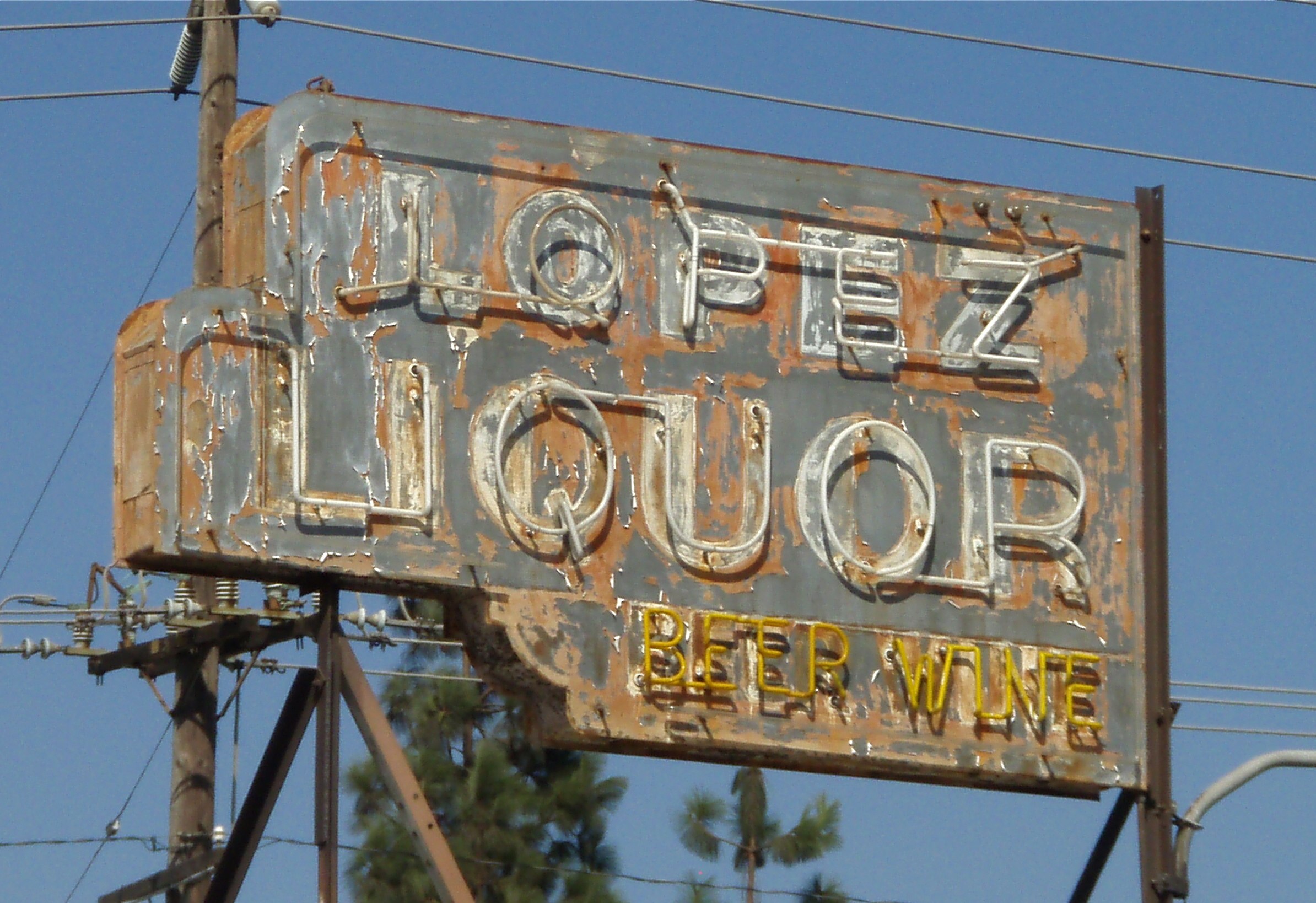 A lot has changed over the years at the corner where this sign sits, both before and after I first arrived in this part of southern California in 1983 to attend college. Even the street names are different as Fairplex Drive was once E Street and, long before that, the cross street to the north was the old Arrowhead Trail that ran from Salt Lake City to Los Angeles (at this point, running south of but parallel to old U.S Route 66).

It’s a fabulous location for such a business as it sits just north of the starting line at Auto Club Raceway at Pomona, formerly just Pomona Raceway. One has to wonder how many of the great NHRA drag racers and crew chiefs of the past came through this store’s doors looking for something to help with celebration or consolation during the traditional season-opening Winternationals (or World Finals that moved here in 1984 after Orange County International Raceway closed).

Even bigger than that is the drag strip is also part of what is now called the Fairplex…because, I guess, Los Angeles County Fairgrounds sounds too old fashioned these days. Top it all off by being right next door to one of the area’s best Mexican food stands, El Merendero, and even the worst businessman would have a difficult time failing at this location.

Sadly, that success hasn’t been shared with the old sign. For whatever reason, what is now called Fairplex Liquor lets its old sign on the northern edge of the building just sit and rot. In one of those odd circles of life after having left this area many years ago, Miss KoKo and I pass this sign two or three times a week on our way to work when we fill up at an old Shell station that is off to the east. One has to wonder when just the right conditions of Santa Ana winds will finally blow it down.

With the restaurant next door having been remodeled, it’s the last piece of "the old days" sitting here other than a little further west where the old neon sign for the Los Angeles County Fair still sits featuring Thummer the Pig. As much as I don’t have a lot of fond memories of the time I spent in La Verne, it would be very sad to see this sign destroyed and then leave Thummer all by himself as the last piece of old neon in the southern part of La Verne.