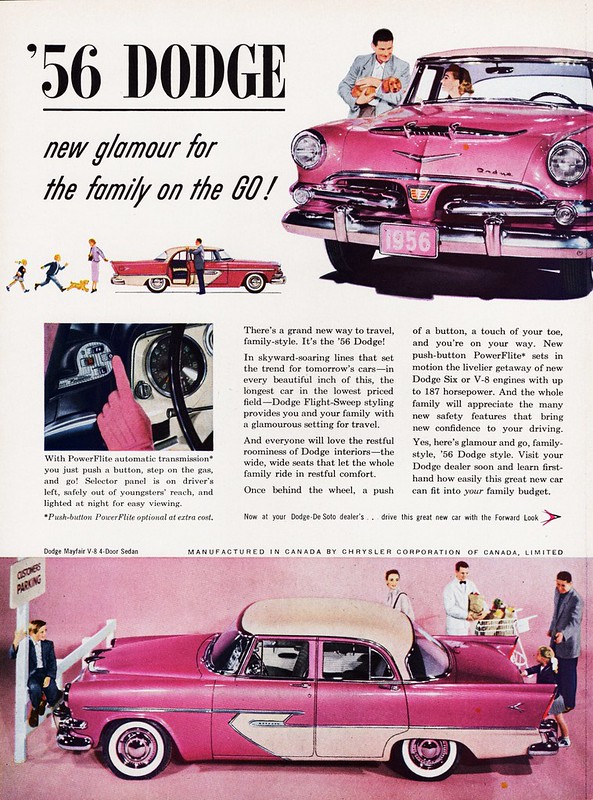 The Dodge Mayfair was made and sold in Canada from 1953 to 1959. In the United States, its equivalent was the Plymouth Belvedere. According to Wikipedia, the Mayfair "has been commonly referred to as a Plodge because of the extensive use of Plymouth components with Dodge front grilles and sold at Dodge sales outlets."