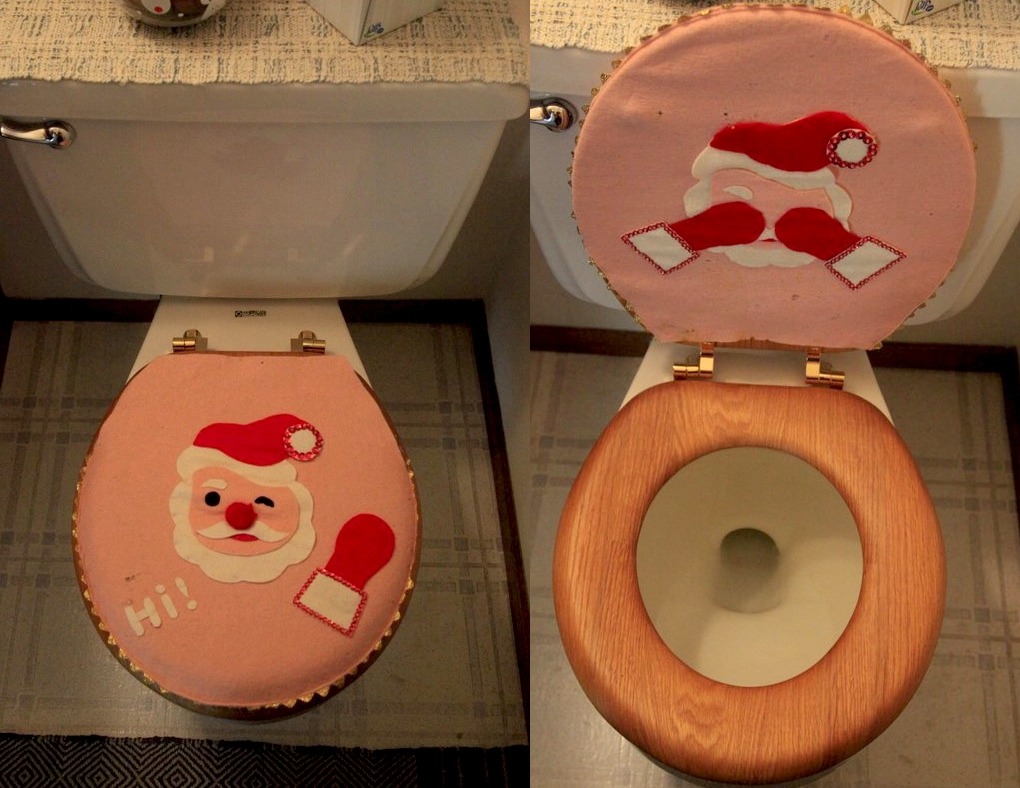 My family had one of these when I was a boy except the background we had was dark green. I saw them for sale in stores or small black-and-white ads in the backs of magazines through most of the 1970’s. As the male side of the human species is susceptible to an occasional errant stream, Santa was more than a little pissy by the time the season was over…but, then again, aren’t we all. :D