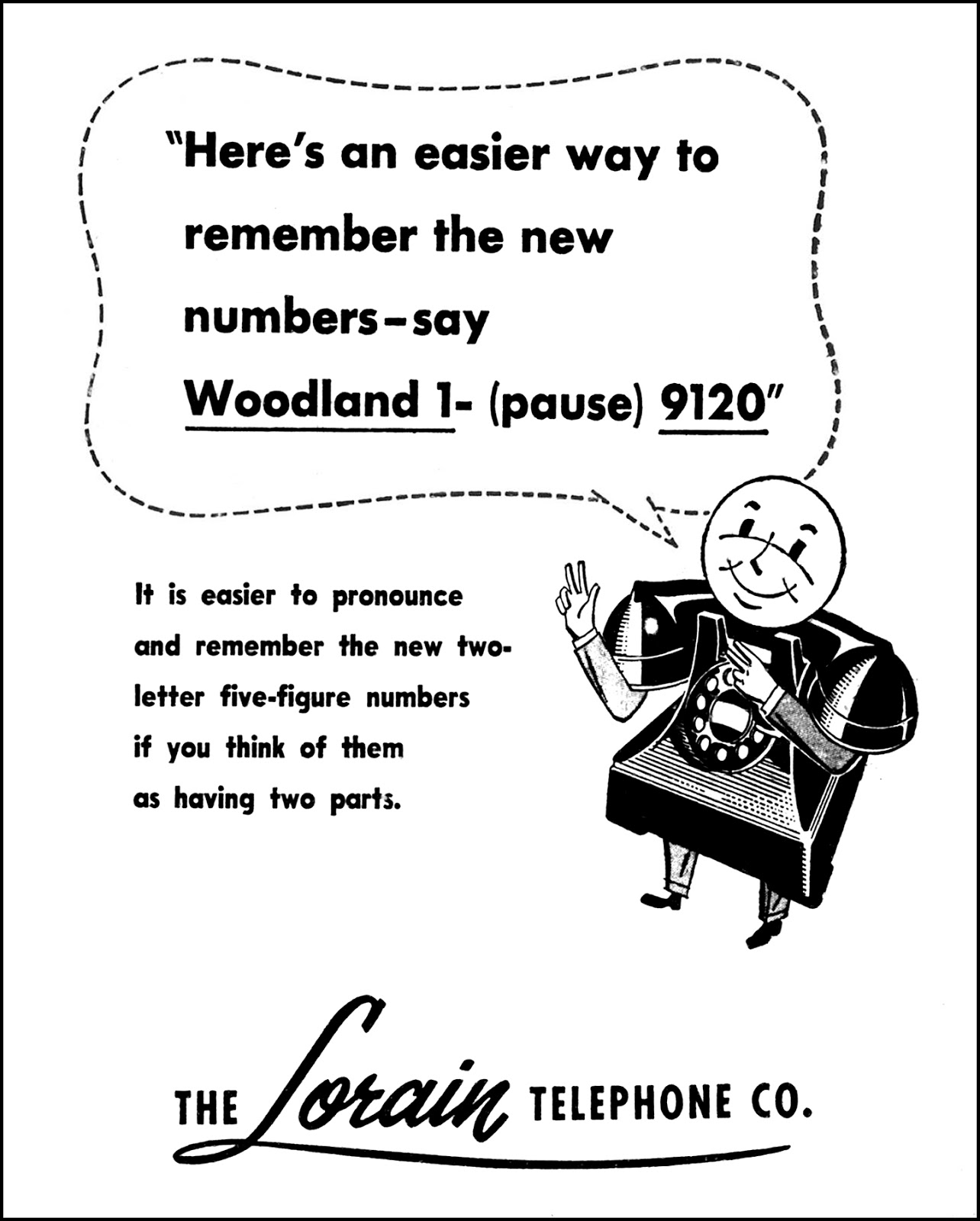 While exchange names such as "Woodland" had existed since the 1920’s, due to increasing demand for telephone service, it was indeed new to begin using seven-digit telephone numbers during this era in the United States. It was not until the 1960’s when telephone companies began dropping the exchange names and moving people to all-digit dialing.