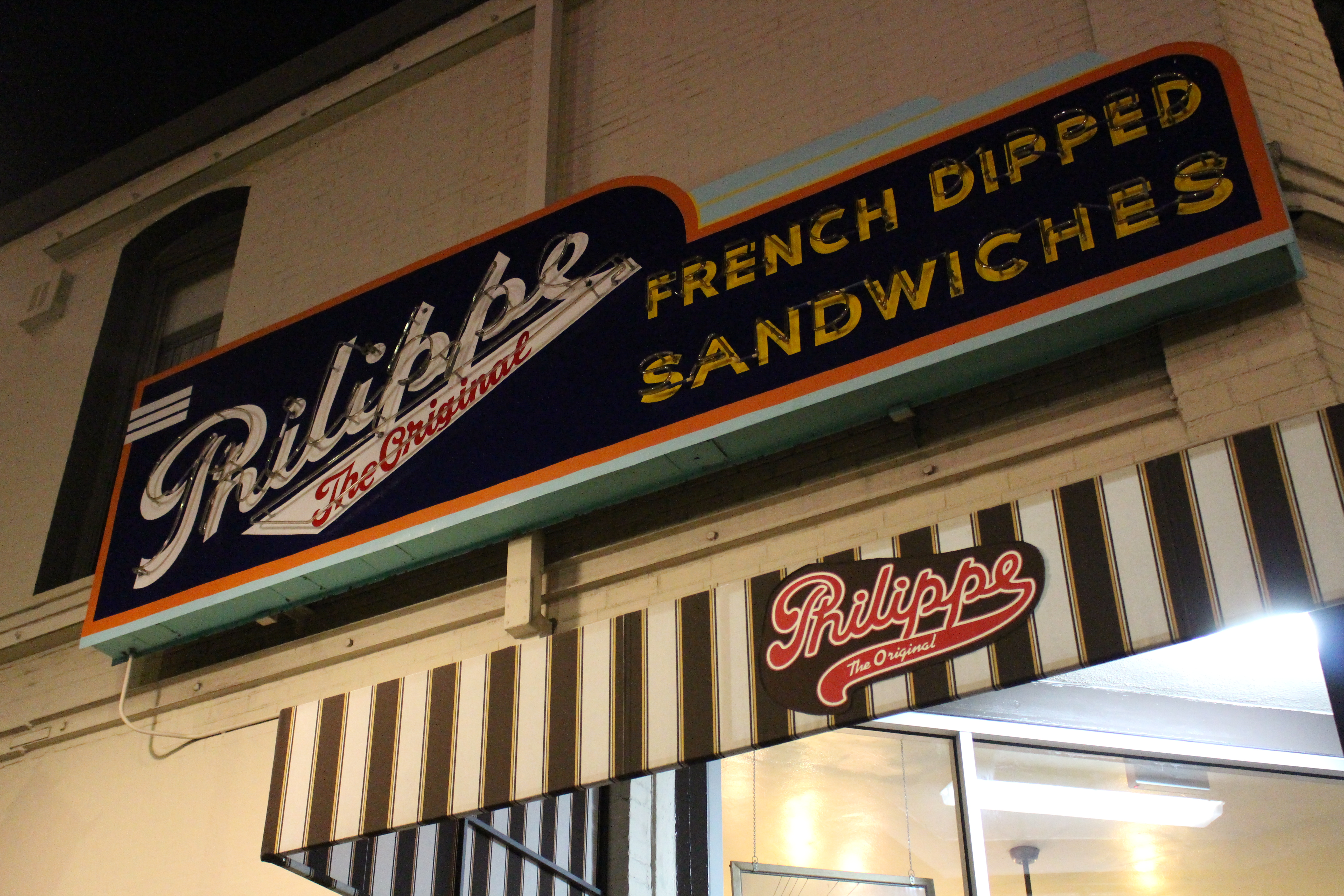 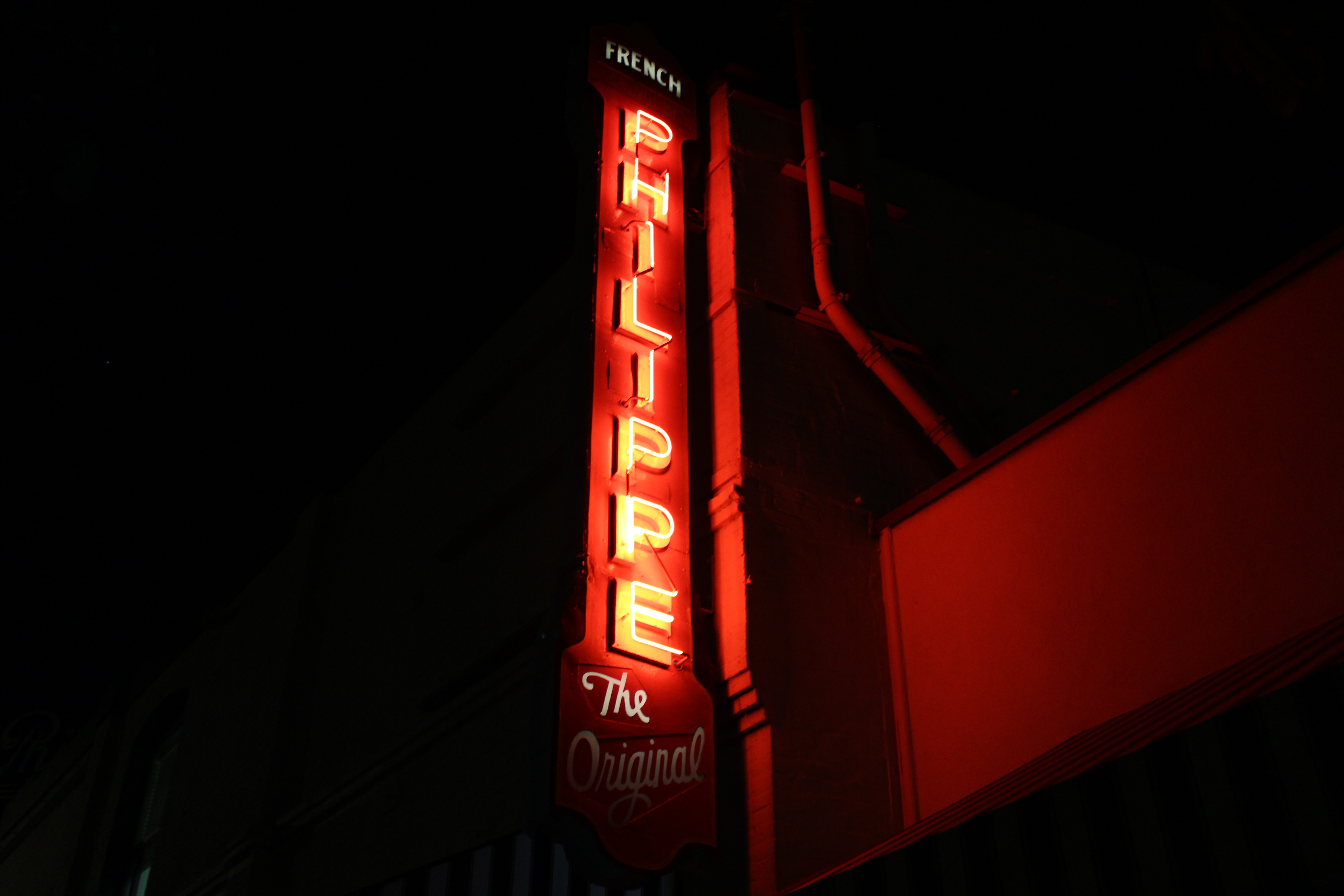 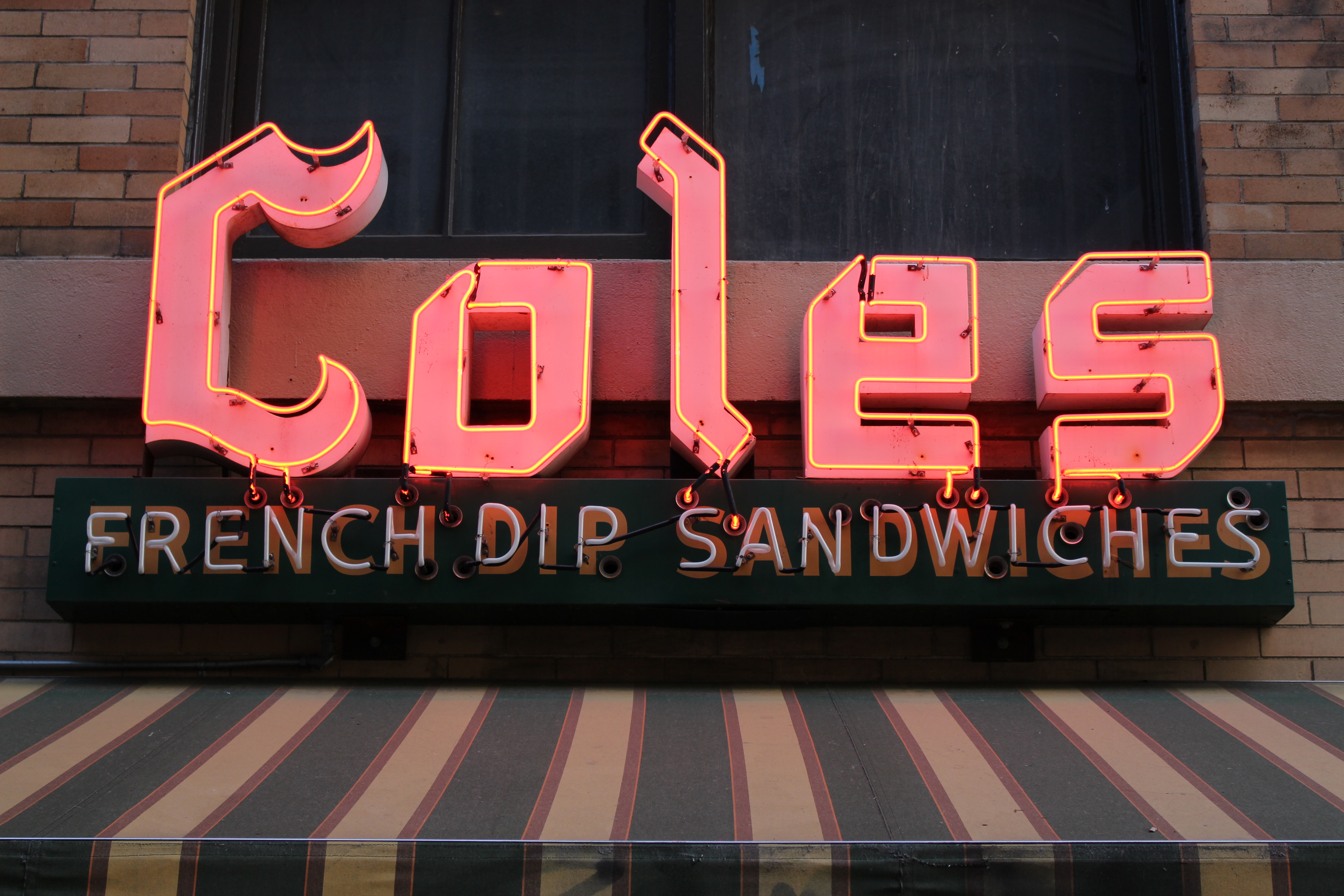 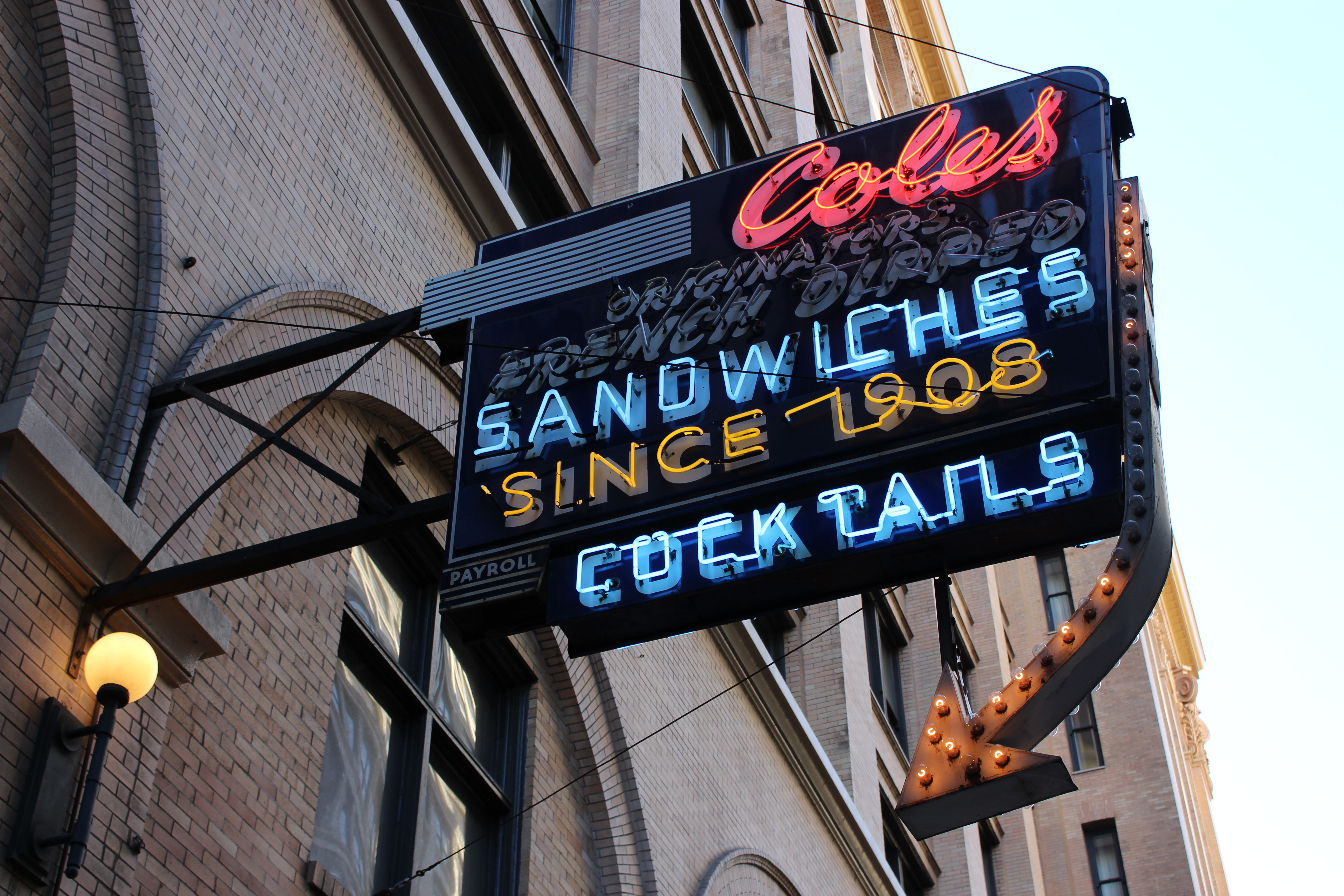 With the exception of Pat’s King of Steaks and Geno’s Steaks in Philadelphia, no rivalry between two single-location restaurants is as strong or well known as that between Philippe the Original and Cole’s in Los Angeles. While a mile-and-a-half apart instead of just across the street like Pat’s and Geno’s, perhaps even more is on the line in L.A. as both Philippe’s and Cole’s make the claim of inventing the French dip sandwich.

While I have my favorite between the two, both are worth visiting for a step back in time in addition to their different versions of the French dip. Cole’s is a little more high-brow and expensive plus it has a full bar. Walking into Philiipe’s which is also a full delicatessen and having a full range of old-style candy brands would make you swear it hasn’t changed since it was opened in 1908.

As for who was truly first, the evidence that exists points toward Philippe’s but is not conclusive. Just like whoever it was that first slapped a piece of cheese on an hamburger, it will be the subject of discussion as long as humans continue to eat beef.

If you come to Los Angeles, only have time to visit one, and all that will be considered as a main dish is a French dip, my recommendation is Philippe’s. Aside from everything else, I just think it’s a better sandwich.