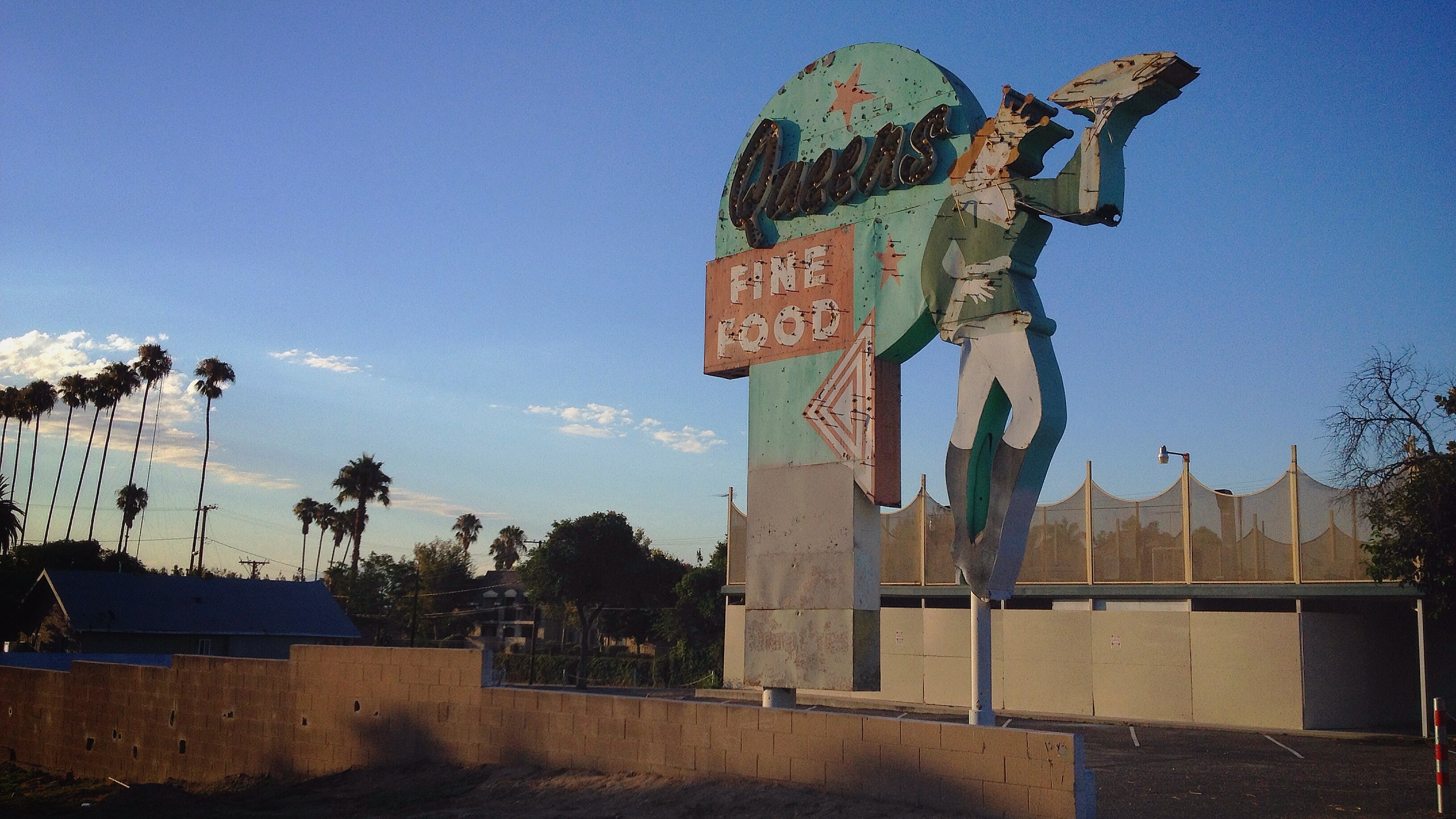 San Bernardino is a city that has long been filled with sad stories, and that’s well before becoming an object of national derision for going bankrupt and then national pity for the December 2, 2015 terrorist attack. While it seemed that terrible day might put some spark back into San Bernardino, it hasn’t spread much as 2016 has seen a huge increase in the city’s already high murder and overall crime rates.

The photo above is just another sign…no pun intended…of San Bernardino’s decline from which it can never seem to escape. Oddly enough, Queen’s does not sit on old Route 66 or any of San Bernardino’s other major roads although it is in a commercial section of town. Still, it is so sad to see this glorious sign going into further decay while the building behind it remains boarded up. It’s the type of place one would think somebody would restore to start revitalizing San Bernardino but, despite its obvious charm, I guess nobody wants to invest in a city where neither the government nor the crime can be controlled. Even Route 66 doesn’t do much for San Bernardino as it couldn’t even retain its yearly festival dedicated to the Mother Road due to its bankruptcy, losing it to nearby Ontario where not one inch of Route 66 ever ran.

As a Dead Head, my positive side keeps hoping San Bernardino will start to echo the chorus of Shakedown Street so the people that live in and around it can say, "Don’t tell me this town ain’t got no heart." However, my realist side doesn’t see much improvement on how the city is run or in increasing its revenues…due to which I go back to feeling very pessimistic and remembering something I wrote on Tumblr a few years ago about what the town’s new motto should be.

San Bernardino: The City that Gave Up.