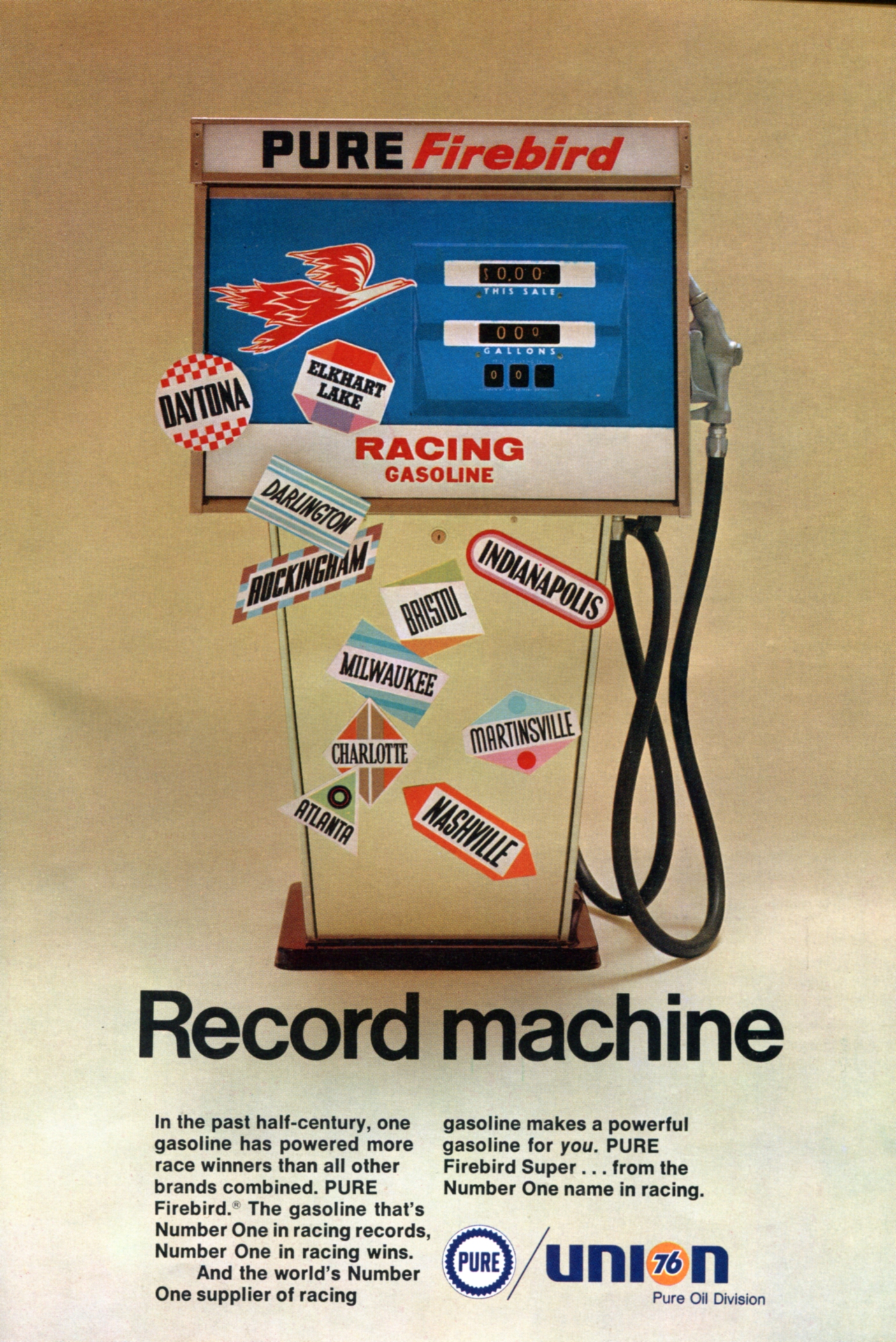 Up until being fully absorbed by Union Oil Company in 1970, Pure was indeed the brand of racing gasoline in most of the United States even in areas that did not have their filling stations. Those tracks not served by Pure had Sunoco racing fuel, now the preeminent brand of racing gas since the 76 brand was pulled out of that field at the end of 2003.

In recent years, the Pure brand has been resurrected in the southeastern United States. However, it is no longer an actual refiner, just a name used by some "jobbers" to give a familiar, reassuring name to some independent gas stations. I’ve always had a nostalgic bond with Pure so, regardless of its source, it’s nice to know it lives on.