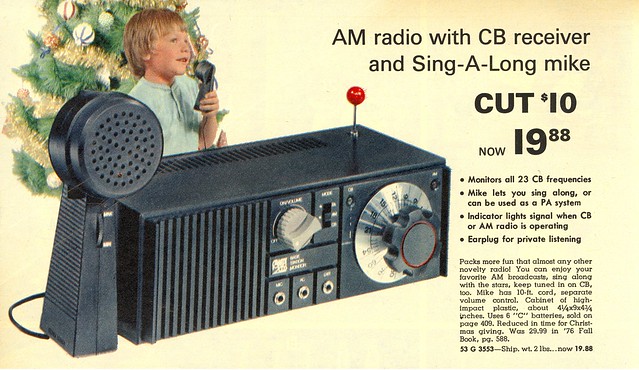 I’m guessing this was probably a fairly popular present for younger kids in ’76 even though it wasn’t a real CB radio. This would have come right at the first peak of interest during the overall CB radio fad that began with the 1973 oil crisis and then faded in the early 1980s.

There are two problems, though. For one, this radio would become obsolete well before next year’s Christmas when Citizens Band was expanded from 23 channels to 40. The second is…don’t think for a minute that every parent didn’t quickly regret the inclusion of the "Mr. Microphone" feature.