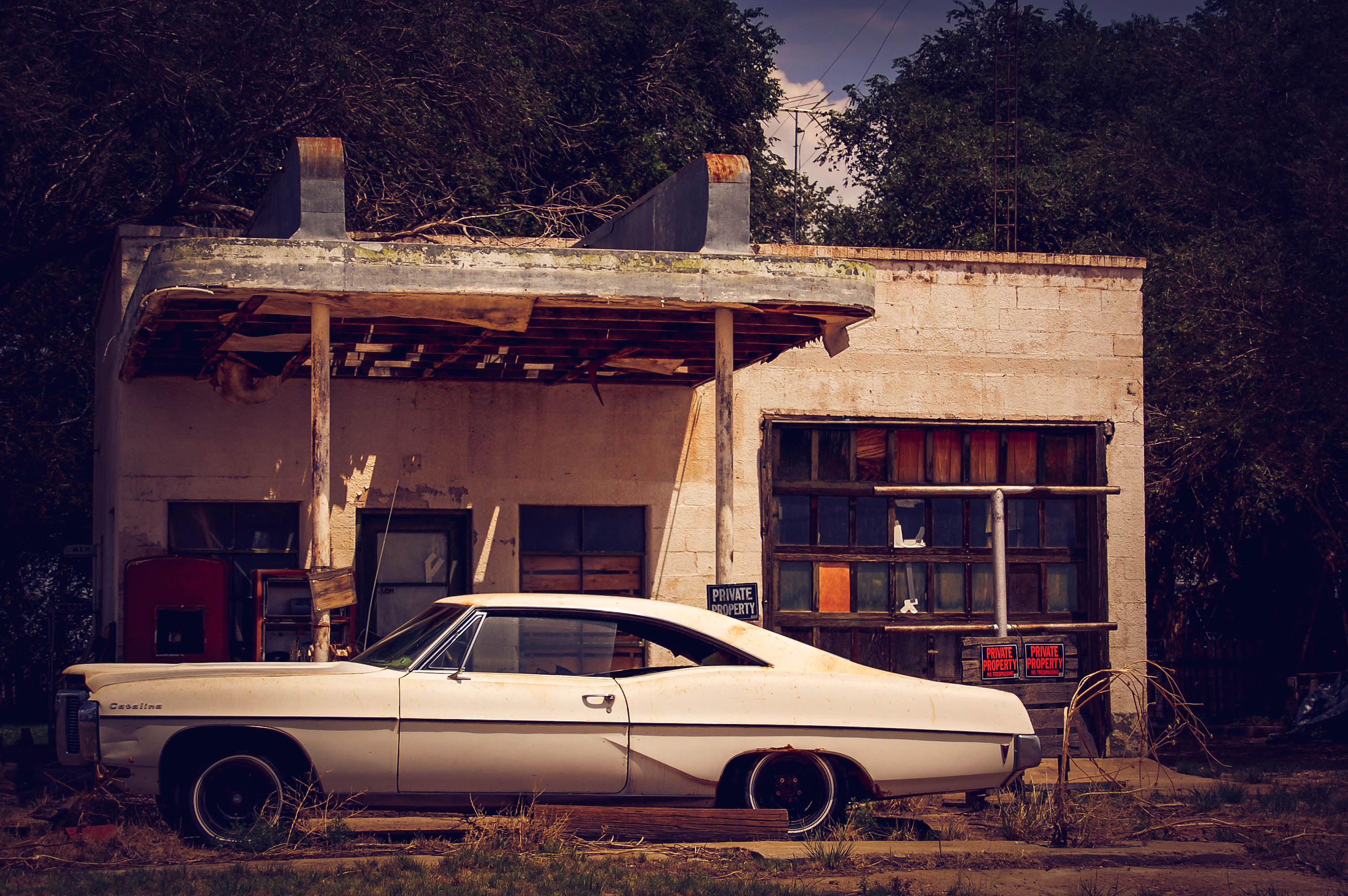 For me, the biggest part of what makes old U.S. Route 66 legendary is the stories of the people that have lived and worked along it from the days when it was an assortment of auto trails and local streets through today. Some of these stories are well known even beyond those that follow what still goes on along the Mother Road thanks to the Cars series of movies. Perhaps this is one of those stories but I had never heard about it until now…and this surprised me as it is about one of the most iconic spots on Route 66.

Everybody has a short list in their mind of the most famous signs, motels, restaurants, bridges, and attractions of Route 66. However, due to their usually mobile nature, the list of most famous automobiles to be seen on the Mother Road is fairly short. First in the mind of most would certainly be the Cadillac Ranch in Amarillo, Texas followed by the big De Soto on the roof of DeSoto’s Salon in Ash Fork, Arizona. Other than the many versions of Tow Mater that have appeared in recent years, the car seen in the photo above is certainly on that list.

As always, if you click on the picture I post, it will take you to where it was originally posted. Gable White chose to copy the story likely knowing most Flickrites don’t often click an external link. However, I am going to ask that, before you look at the larger version, instead, go to the link below and read the original at its source.

The story is a bit long so you’ll need a few minutes to get through it. It is also sad. Still, I feel it is important to remember that not everything that happened along Route 66 was a happy story.

I also believe this is important to read as there are a significant portion of Americans that seem to forget common sense when entering rural areas. I see this all too often where I live in the San Bernardino National Forest where some folks think every driveway and open space is public land and they are free to do as they wish. It is my hope a few such misguided folks will stumble in here, read the story linked below, and realize that scenes such as the one shown above should be treated with quiet, dignity, and respect…as one never knows what that old collapsing building or old car that hasn’t moved in over 40 years means to somebody.

The Glenrio Pontiac | Never Quite Lost