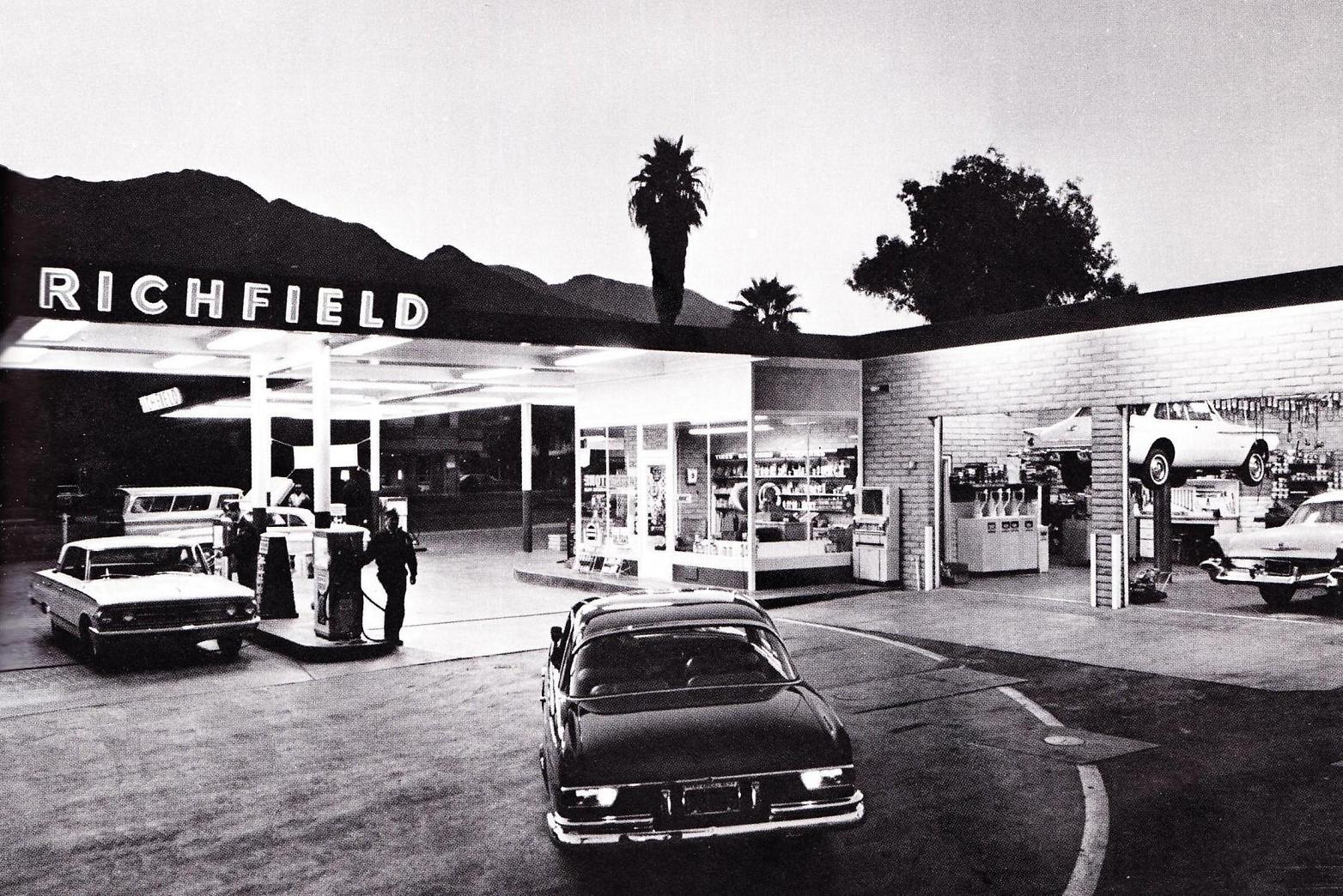 While it began refining 12 years earlier, it was 1917 when the people of Los Angeles were first to see the name Richfield selling gasoline and oil products to the general public. It quickly expanded into a national brand but had great difficulties during the Great Depression. In the mid 1930s, Richfield retreated the Pacific coast and some of the Rocky Mountain states. It began to flourish again and became one of the most popular brands of gasoline and motor oil in the west for over three decades. In 1966, Richfield became the R in ARCO as it merged with Atlantic Refining based in the east to once again become a national brand. Ironically enough, after being purchased by British Petroleum (BP) in 2000, the ARCO brand is now seen almost exclusively in the far western states.

Richfield’s headquarters, the Richfield Tower, was a building beloved by Los Angelenos. However, ARCO had outgrown the building. In a time before building preservation movements were as strong as they are today, the Richfield Tower was demolished in 1968 to make way for the new and much less pleasing to the eye ARCO Towers (now known as the City National Plaza).