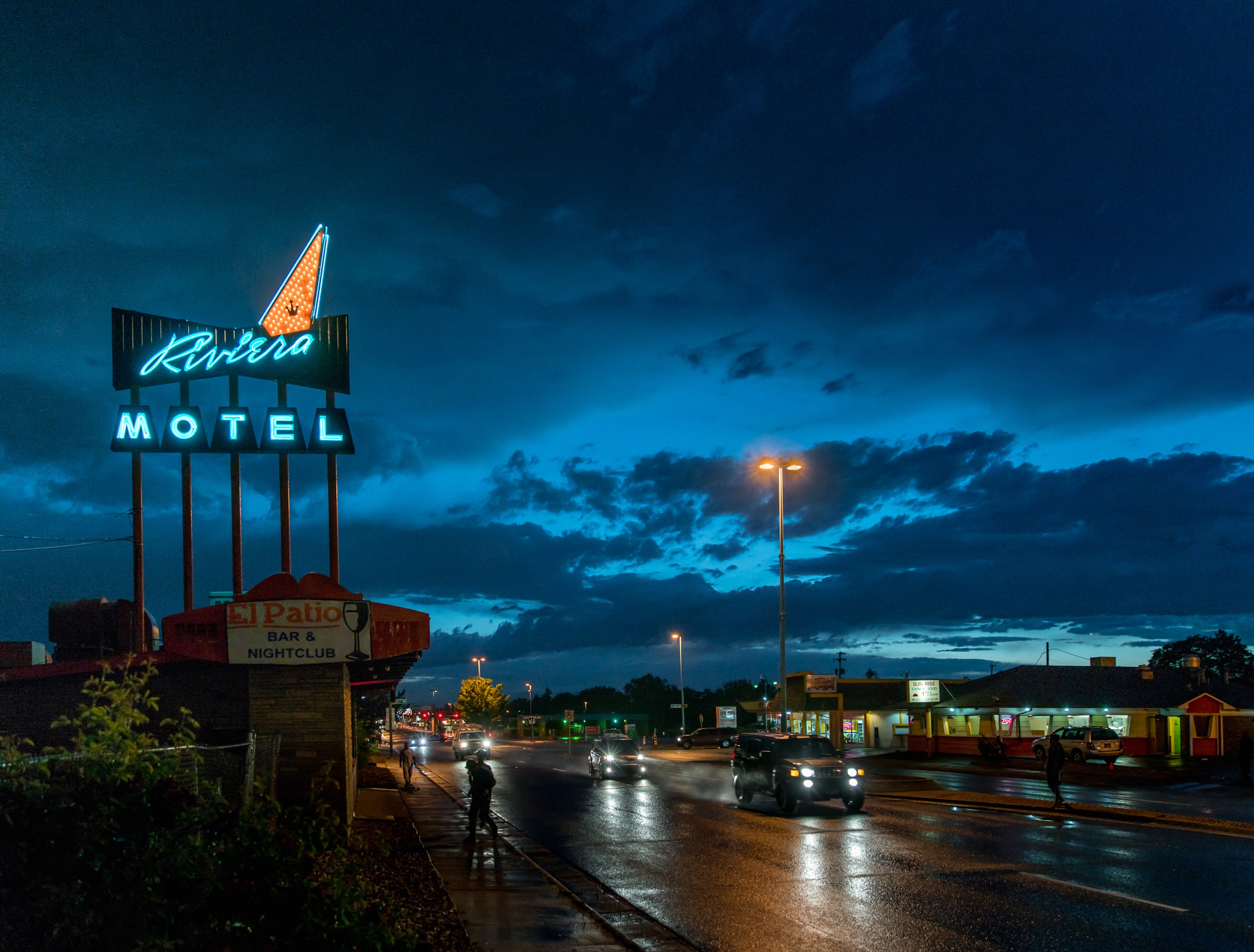 The Riviera Motel sits on the south side of Colfax Avenue which was once the main way through the Denver area going east-west when coast-to-coast U.S. Route 40 carried long-distance travelers to and from the Rocky Mountains. While some of the Riviera’s exterior has been modernized, it still features turquoise-colored doors and, at the office, a slanted googie-style roof.

Due to not being paralleled by an Interstate Highway, Colfax Avenue has managed to keep a larger portion of old signs and buildings than other such streets in other cities. There are some sections being nicely renovated up to the point of becoming gentrification while others are still mired in hard times. The Riviera leans more toward the latter and, for now, is better experienced from the outside.