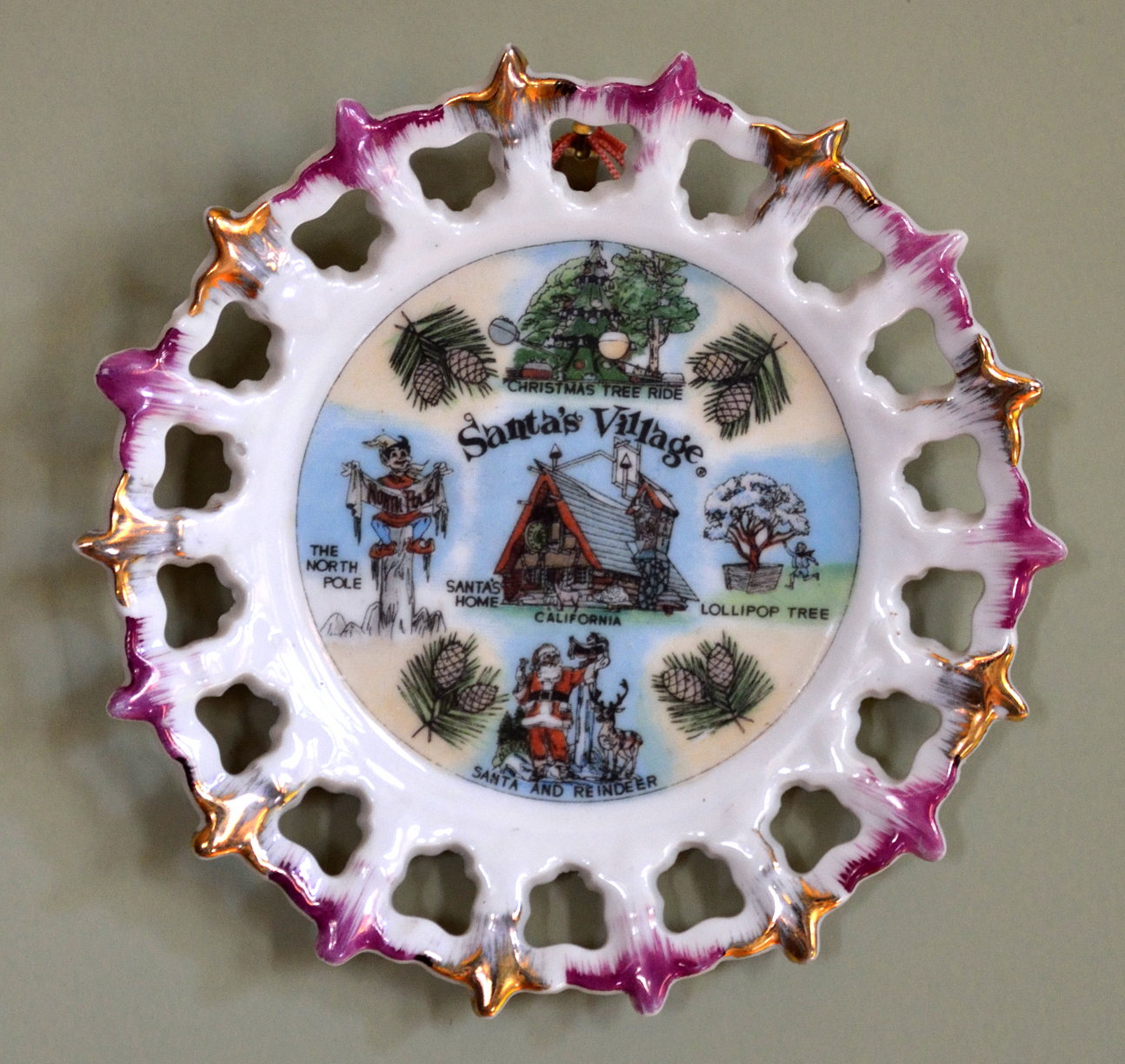 This collector’s plate is from the first of the Santa’s Village theme park locations, Skyforest, California near Lake Arrowhead. Closed in 1998, the buildings were left to rot until new owners did a ton of work and cut though miles of red tape to reopen it as SkyPark at Santa’s Village on December 2, 2016.

For a wonderful history of all three of the old Santa’s Village theme parks, plan on spending some serious time at the following website.

To see what the new owners have done and maybe even plan a visit to my neck of the woods, check out this site.