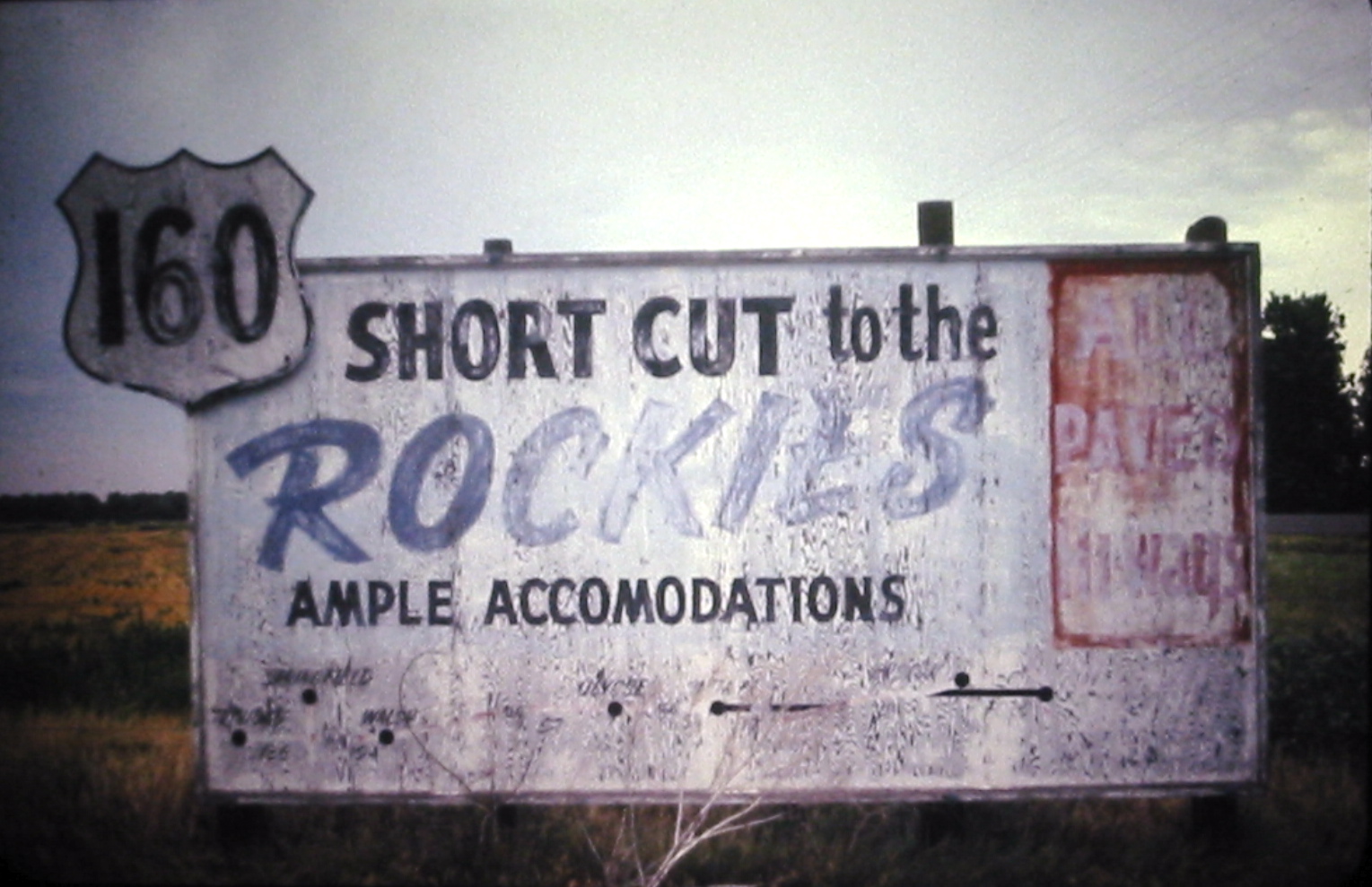 Looking at a map today, it is hard to believe whatever promotional group that was trying to bring more traffic onto Route 160 could claim it was a "short cut". U.S. Route 50 could be taken in Dodge City just 27 miles northeast of Bucklin with a fairly straight Route to Pueblo, Colorado pretty much at the foot of the Rocky Mountains. Meanwhile, it was 44 miles down U.S. Route 54 to Meade, Kansas to get on Route 160 with hardly a notable town to go through until getting to Trinidad, Colorado at the bottom of the state.

Then again, considering how beaten this sign is in 1974 — and especially noting the faded area in red on the right of the sign that claims, "All paved roads" — it very well could have been an honest advertisement when this billboard was put up. Through both the Rockies and the deserts to the west, many of the U.S. Highway System routes were not fully paved until well into the 1950s. To give an idea of how rough and time-consuming road construction can be in these areas, even Interstate 70 was not fully completed in Colorado until 1992.

It is still interesting to note that towns and businesses continued to group together to promote a highway even after the era of the auto trails ended. Being on a nationally-signed and mapped route, even if it wasn’t one of the major coast-to-coast or border-to-border highways, was a big deal in the first decades of the automotive age. After all, it was the early promotion especially coming out of Springfield, Missouri and Tulsa, Oklahoma that laid the foundation for the legend that is now Route 66.