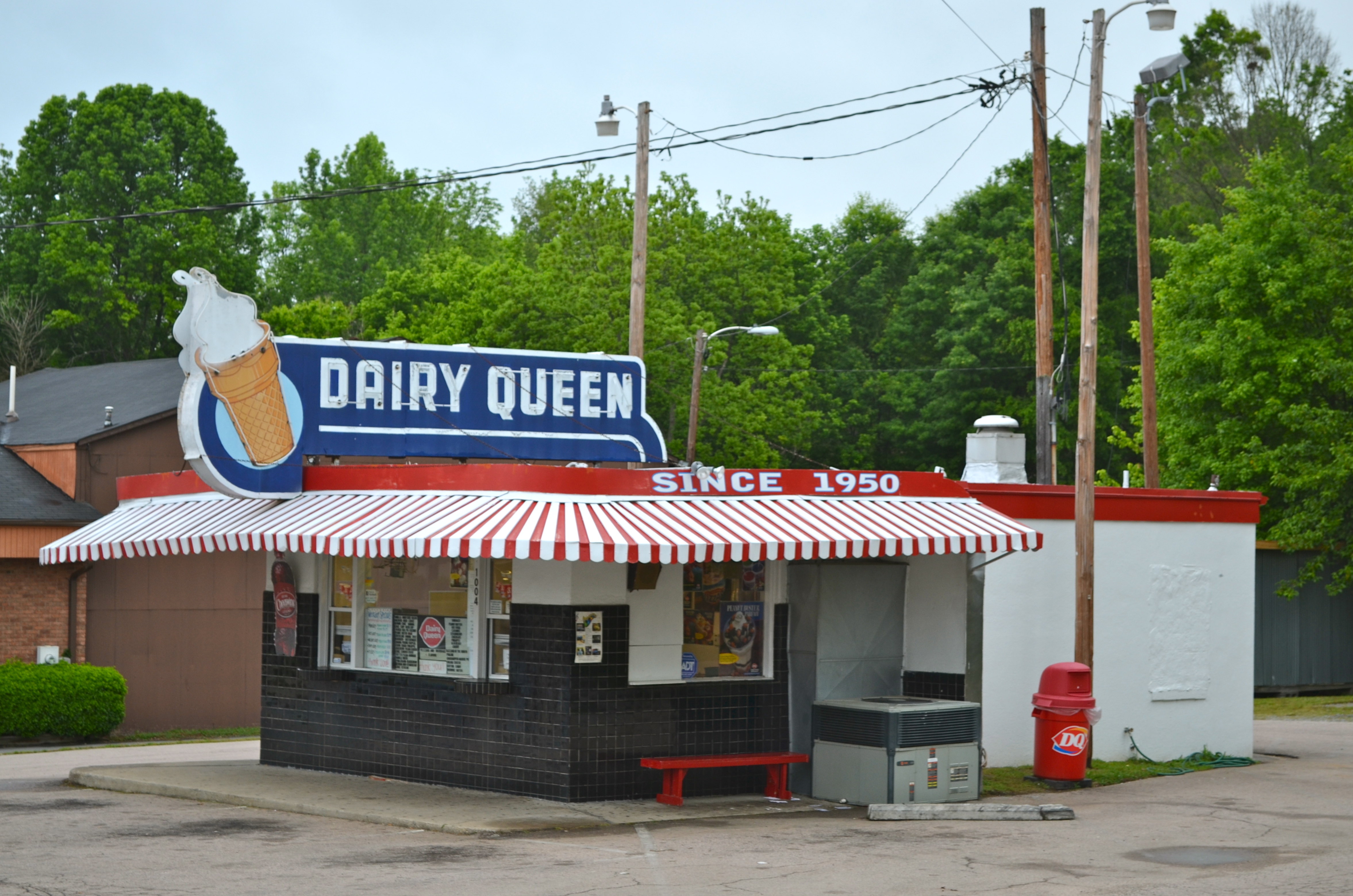 In his title for this photograph, the esteemed Mr. Reed asks if this is an original Dairy Queen. While this one is plenty old and highly appreciated, it is nowhere near being an original.

While this DQ cannot be considered an original, it was still opened very early in the company’s history and well before the menu of even the ice-cream-only locations would have what we would now consider to be old standards. It was only a year before the Salisbury store opened that Dairy Queen introduced shakes and malts and it would not be until a year after opening that the menu would include a banana split.