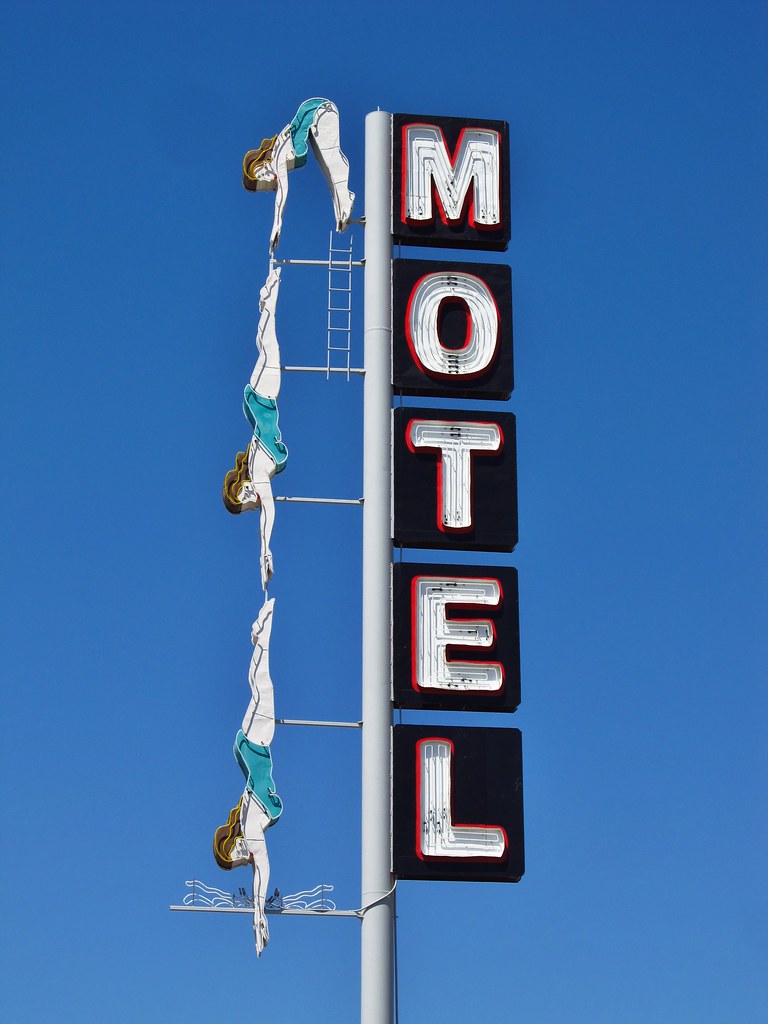 Like the Kiva Lodge Motel I posted back in May, the Starlite Motel with its iconic diver in neon is located on Main Street in Mesa which, in the days before the Interstate Highway System, was a major automotive crossroads in the west. It originally followed the the Apache Trail and, later, carried one border-to-border and three coast-to-coast U.S. Highways.