With the holiday season now upon us, I thought it was finally time to get to a subject that I have long wanted to start into on this site — food and recipes.  It is somewhat difficult for me to post a lot of the things I have been cooking all the way back to when I was a child (yes, I started early) because many of them are just slight alterations of recipes I found elsewhere.  Thus, they are not really “mine” and, in most cases, not worthy of note.  However, in this particular case, this is a recipe that I along with “Onyx” (my sweetie) developed ourselves.  It is also special in that, much to my amazement, she and I came up with something that was perfect the first time out with not even the slightest adjustment of spice necessary.

This particular recipe is for something that I have found troublesome for my entire life — stuffing for the Thanksgiving turkey (or, “dressing” depending on one’s verbal preference — for this article, I’m going with “stuffing”).  As a child, I was forced to suffer through one of the most disgusting things known to humankind — oyster and cornbread stuffing, my father’s favorite and thus leaving me no way to ever get out of having it destroy our yearly Thanksgiving feast (at least in the opinion of my taste buds).  The problem was not just the icky oysters in and of themselves but how they made the cornbread into a fishy-tasting mush and, even worse, how their bitter flavor permeated much of the turkey making every bite a chore to get down without the addition of tons of gravy or buttered bread to smother it (things that should compliment the flavor of the bird instead of being used to drown it out).

Of course, I swore to never again let an oyster anywhere near a turkey that I would cook myself.  On those occasions between when I left my parents’ control and last year, I had tried a few different stuffing recipes plus even gave in a couple of times and just made Stove Top (yeah, I know…eww) out of desperation to find something that would stand up both inside and outside of the bird without becoming painfully dry or disgustingly soggy and be flavorful without overwhelming the meat.

So…to be able to finally — finally — come up with something perfect for the tastes of myself and my sweetie, have it be highly complimented by our guests, and do it all on the very first try was extremely gratifying especially for something that only gets cooked a very few times a year (thus not giving one many opportunities for practice or adjustments).

Named in honor of that all-time great holiday television moment, the “Turkeys Away” episode of WKRP in Cincinnati, I present this fabulous Onyx & KoHoSo concoction…

As God As My Witness, I Thought Turkeys Could Fly Stuffing

Preheat oven to 325 degrees Fahrenheit. In a large saucepan or stockpot, cook sausage over medium-high heat, stirring frequently until thoroughly cooked and no longer pink. Add mushrooms, onion, garlic; cook 10-12 minutes or until onion is translucent, stirring frequently. Transfer mixture to a large bowl; add remaining ingredients and stir well. Pour into a buttered 4-quart casserole. Bake covered for 60 minutes. Serve on the side or stuff your bird.

For a printable or simply more-easy-to-keep version of the recipe, save this PDF (Adobe) file:

As God As My Witness, I Thought Turkeys Could Fly Stuffing

For my readers outside of the United States of America that are on the metric system of measurement, I recommend OnlineConversion.com to get everything in the correct proportions. 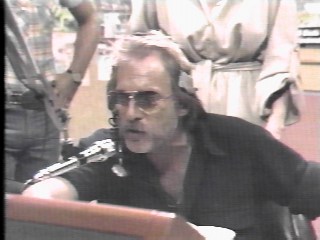 The Pinedale Shopping Mall has just been BOMBED with live turkeys! Film at 11. 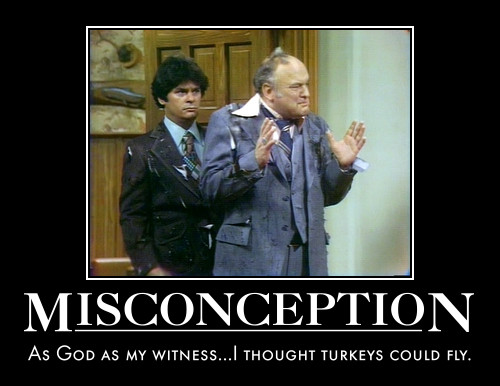