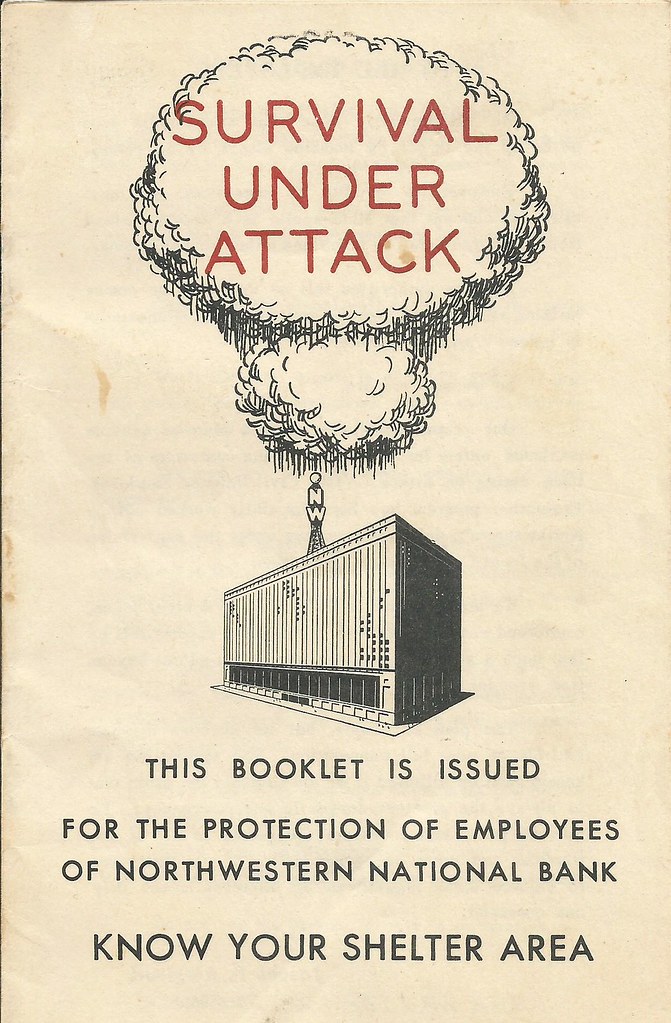 Undated cold war era booklet for employees of Northwestern National Bank in Minneapolis on what to do in the event of nuclear attack, presumably by the Russian commies. Weird stuff.

As for Northwest National Bank, it was indeed "destroyed" but by capitalism instead of communism. After becoming Norwest in the 1980s, it merged with Wells Fargo in 1994. While Norwest was slightly more the buyer than the seller in the merger, it was decided that the more famous Wells Fargo name along with its more glamorous headquarters in San Francisco would be the better brand under which to move forward.