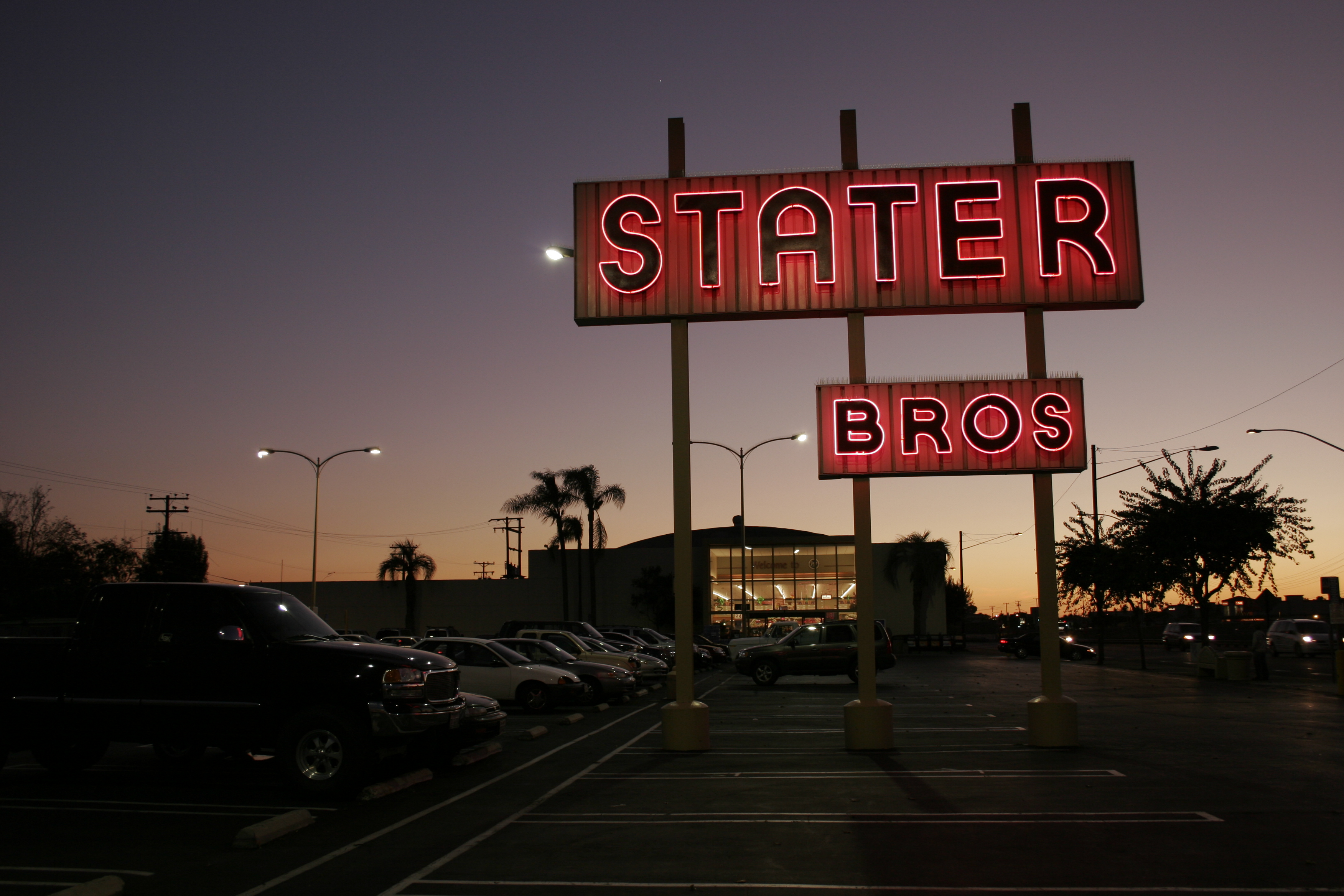 Stater Bros. — yes, always written with "Brothers" abbreviated — is a grocery store chain based in the Inland Empire area east of Los Angeles. Over the past decades as local stalwarts Ralphs and Vons fell under outside ownership and increased prices, "Staters" has risen in quality and, outside of the heart of Los Angeles where they are still not to be found, has become a beloved SoCal institution. The company is known for being very charitable as well as taking good care of its employees. As an example of how highly the company is respected, when long-time CEO Jack Brown passed away in December 2016, thousands of people showed up at his memorial service.

There are a very few locations remaining with an old neon sign. This one in Costa Mesa likely dates back to the early 1950s. The company itself started in Yucaipa back in 1936. Depending on which story one believes, either the second or third location was in Crestline where your humble author lives today. The building still stands and, after having become a Western Auto, is now the local pawn shop and shipping store.