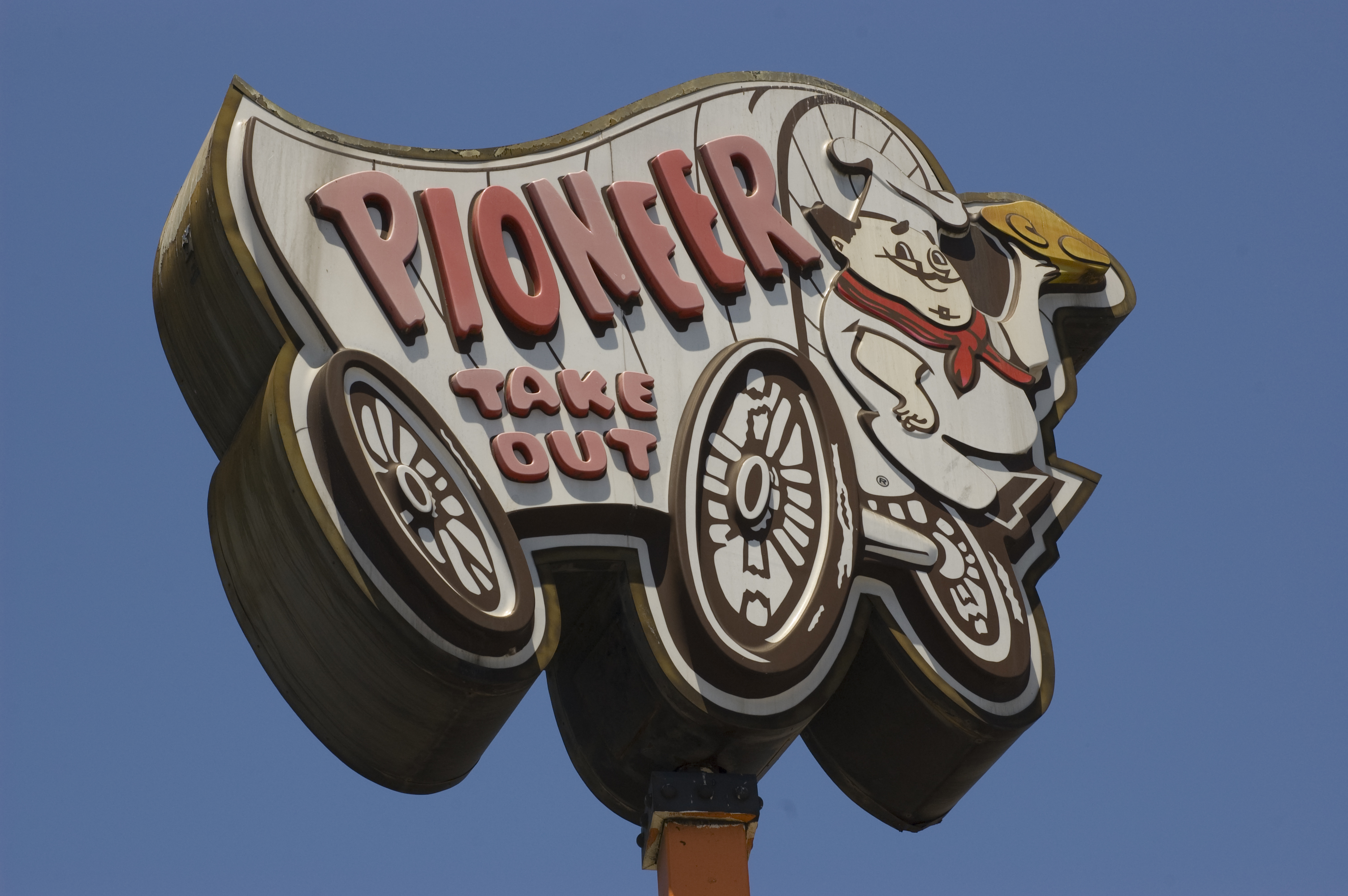 Pioneer Take Out — referred to by most as "Pioneer Chicken" — was once a very common sight in the southern portion of California along with locations in the Las Vegas area and Hawai’i. This was not a low-budget regional chain as the restaurants were bright, well designed (with some of the older locations mirroring the feel of a classic McDonald’s) and were able to afford well-produced television commercials. In the 1980s, the chain hired legendary Los Angeles Lakers play-by-play announcer Chick Hearn and the now-infamous O.J. Simpson as spokesmen.

In 1987, owner H.R. Kaufman sold the chain of 270 locations to what was then called AFC Enterprises. Almost all of the restaurants were quickly converted into Popeye’s. Out of the few franchisees that held on to the Pioneer name, only two remain: the one who’s sign is pictured above in Los Angeles and another in nearby Bell Gardens.

Now 30 years since it was taken away, many in SoCal still fondly remember Pioneer’s unique recipe and the much larger pieces of chicken it served compared to Kentucky Fried Chicken and Church’s. Both remaining locations have very good overall reviews online with quite a few saying everything tasted just as it was remembered. It’s a shame more folks don’t have Pioneer as an easy dining choice any longer but at least it did not completely disappear from the SoCal landscape.