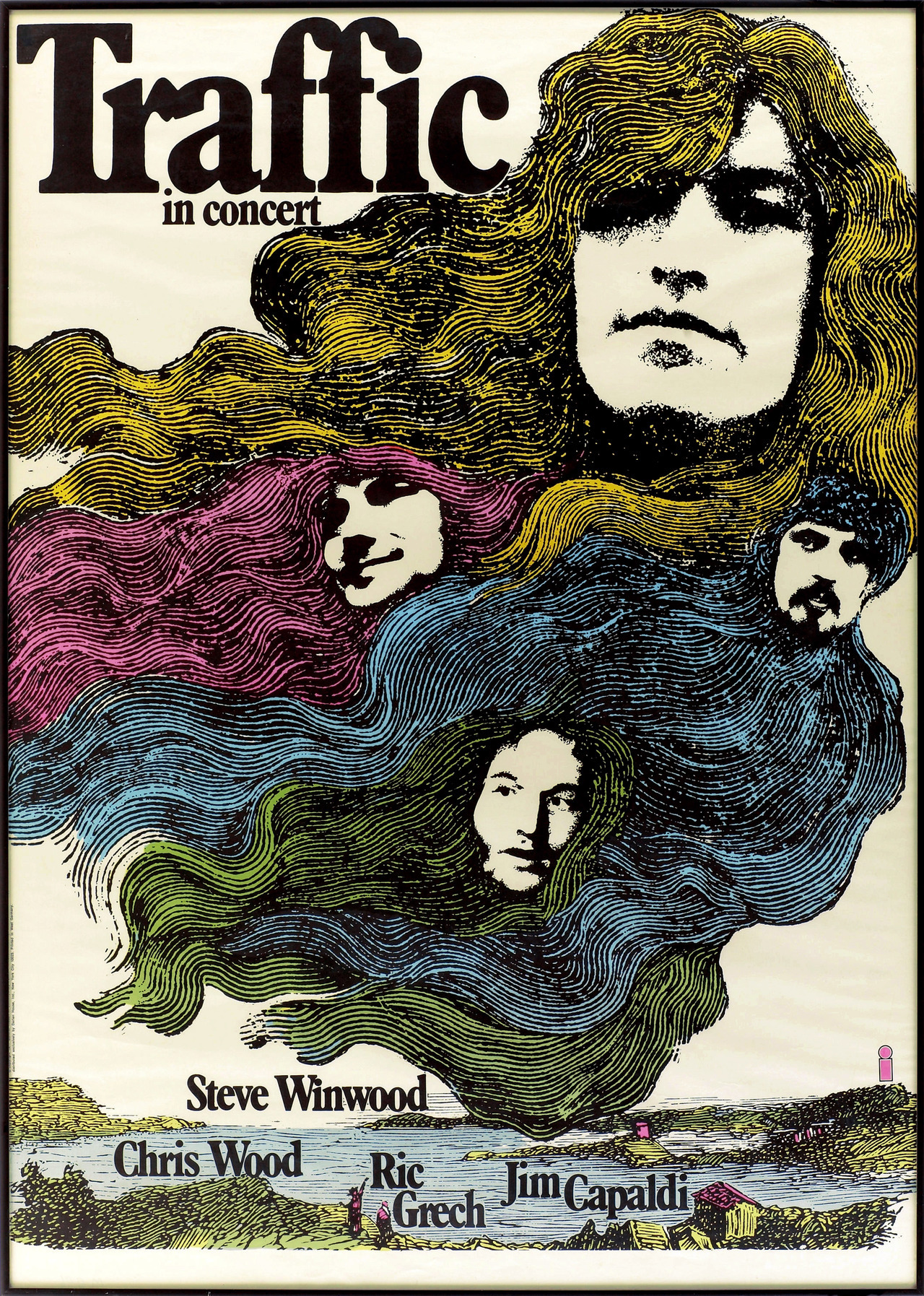 Those that know a bit about Traffic’s discography might wonder why there are only four names on this poster and notice one of them is not Dave Mason. The "expanded" version of Traffic with the lineup featuring the return of Mason that resulted in 1971’s Welcome to the Canteen live album only lasted for six shows. With the exception of the addition of Ric Grech to the band as bassist for the tour, the live performances would have been similar to what was heard on the album this concert poster was promoting, John Barleycorn Must Die.