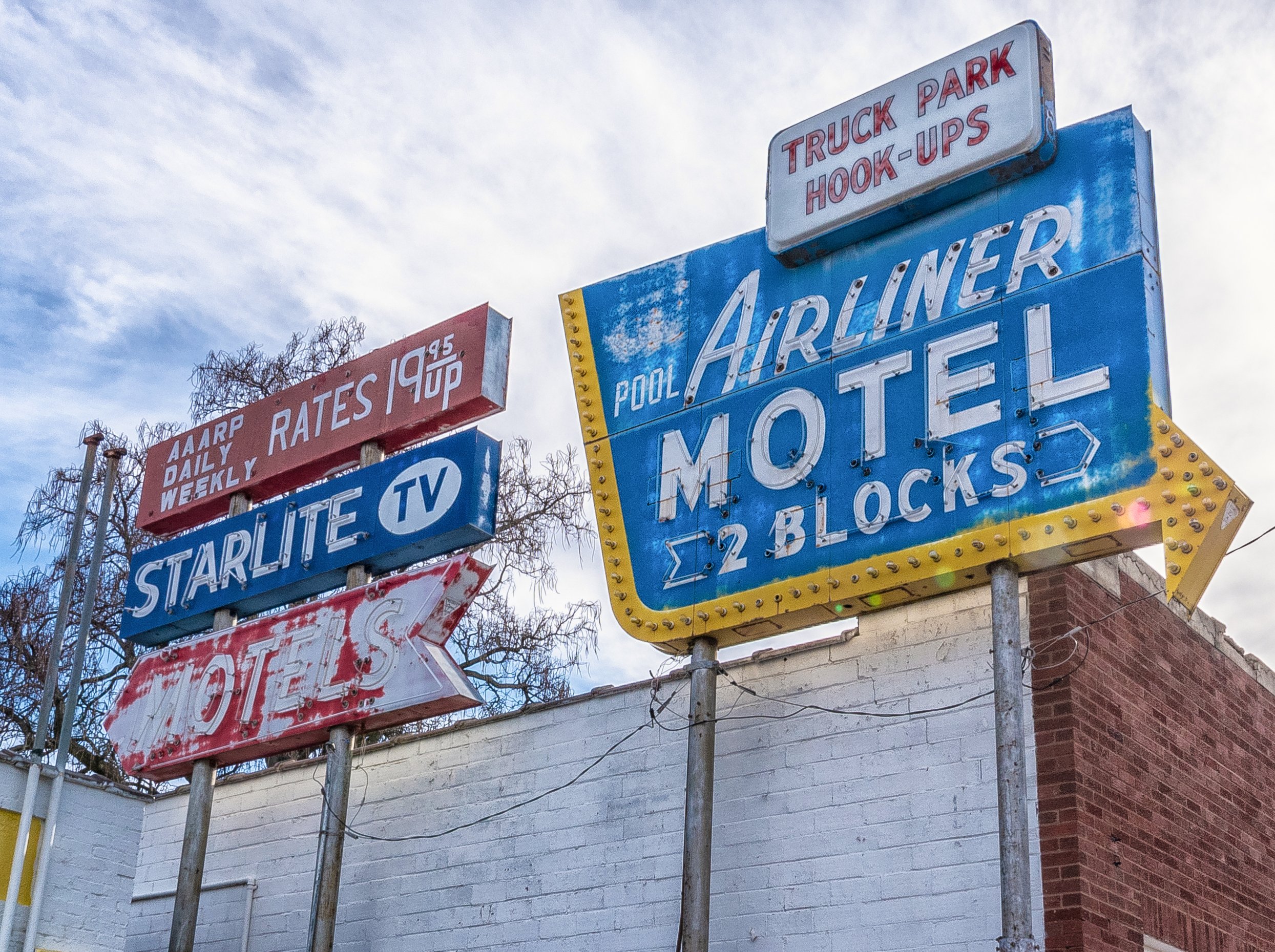 This pair of old motel signs — both of which are still open — sit at what appears to be a closed gas station. These were mainly to attract those traveling south on 9th Street which once also carried U.S. Route 81. At the intersection, going either left or diagonally right was U.S. Route 40. With Salina being the intersection of a coast-to-coast and border-to-border set of highways and not being a large city where a lot of rebuilding is pushed, it has plenty of other mid-century marvels to enjoy.