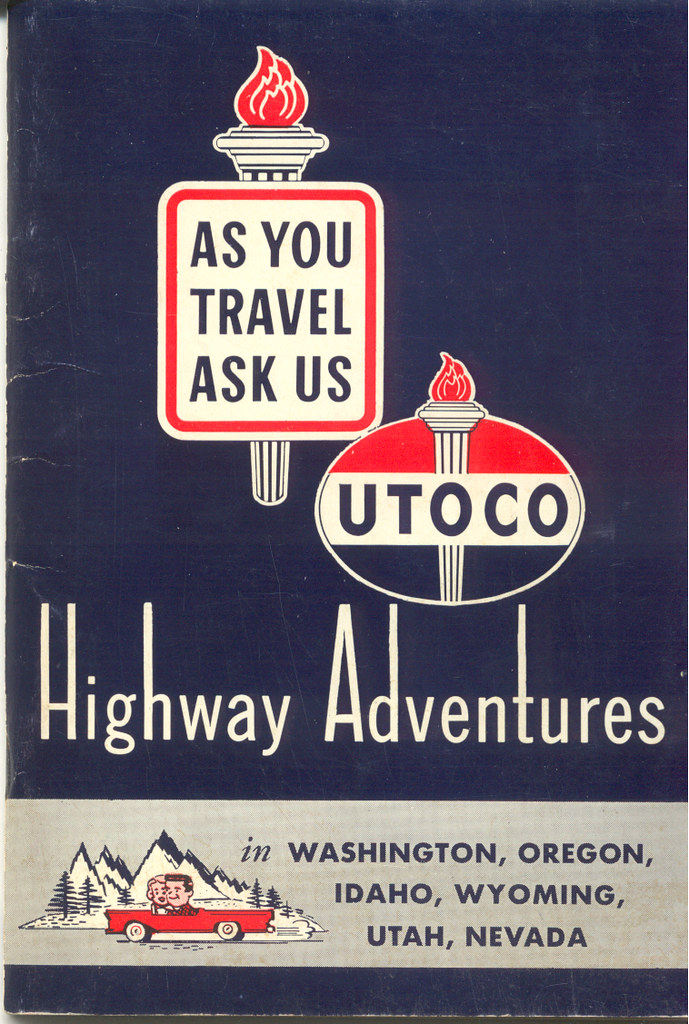 Utoco (more officially, Utah Oil Refining Company) was a long-time subsidiary company and brand of Standard Oil of Indiana. Utoco shared the same "torch-and-oval" logo as Indiana’s version of Standard (and also by their other subsidiary brand serving the southeast, Pan-Am).

This booklet was published in the final year of Utoco’s existence. To help give the public the perception that it had a true, nationwide presence (and was, thus, more trustworthy), Standard of Indiana changed Utoco’s branding to "American" in 1961. In the mid-1970s, the company would go further and change all of its branding, even on the Standard stations in its home territory, to Amoco.

Amoco was taken over by BP in 1998. With a very few exceptions made in order to retain the trademark, the last of the active "torch and oval" signs not already in museums or private collections were eliminated from the American landscape by the mid-2000s.