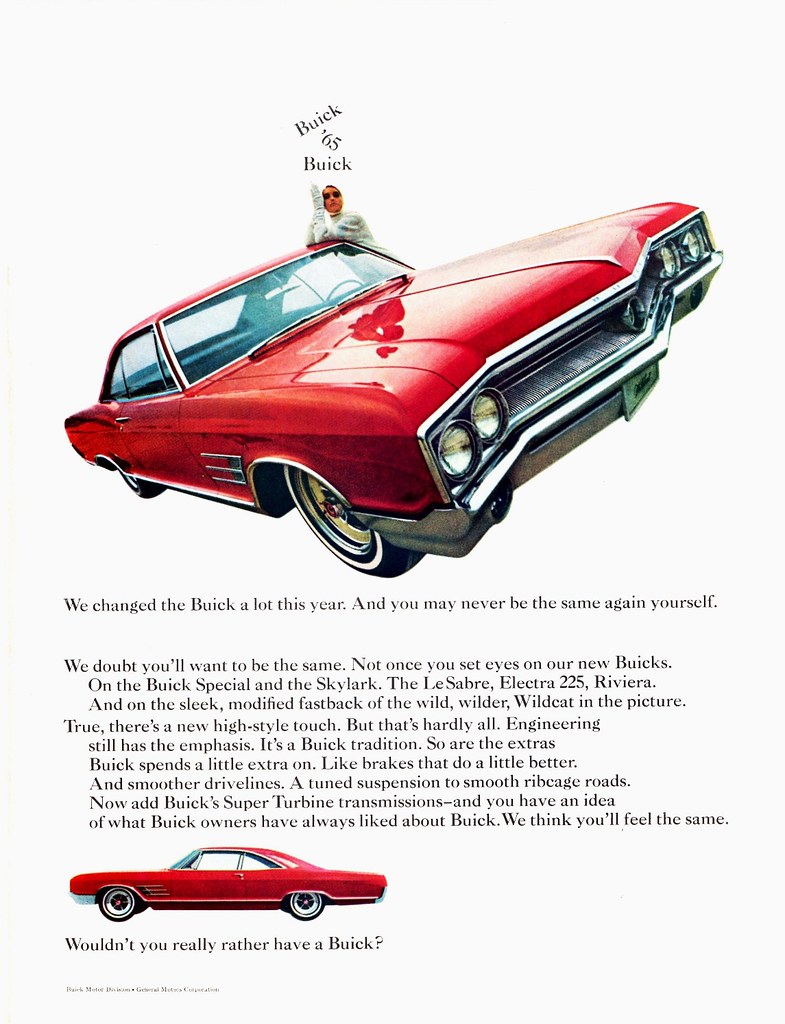 1965 Buick Wildcat Hardtop
Scan Copyright © Alden Jewell on Flickr. All rights reserved.
While certainly not among the first most would think of that were made in the year of my birth, after having 50 years to think about it, my favorite car from 1965 is the Buick Wildcat. Especially among its direct GM cousins that year, I just think the Wildcat had the most balanced lines and appealing grille. It was comfortable to drive, offered tons of room, and — especially with a Super Wildcat engine under the hood — had plenty of power.

Its length wouldn’t be ideal for the mountain roads I drive on these days and I don’t even want to think about the gas mileage it would get. While moderately-priced in its time, the ’65 Wildcat would be a toy of the affluent today which is something I am not. I am rich in memories though…and, on this 50th anniversary of the Earth and I tolerating each other’s presence, I’m glad I’m just old enough to have seen these beautiful machines running in their prime during the twilight of the post-war car boom. That being said, I’m just as glad that I will probably live long enough to see what ultimately replaces the internal combustion engine but not quite long enough for the day when Red Barchetta becomes a reality and the government outlaws driving one’s own car.