The one good thing that might come out of Wisconsin Governor Scott Walker‘s attempt to eliminate collective bargaining rights for his state’s public workers (well, only for those who’s unions support Democrats instead of Republicans) is that much more of this country is becoming aware of the Koch Brothers (pronounced like “Coke”).  For those not aware of how this happened, this was mainly due to a prank telephone call placed to Walker by Ian Murphy of The Beast (a.k.a. The Buffalo Beast) where Murphy pretended to be David Koch.  The recorded conversation went “viral” on the Internet and even made the major television news broadcasts.

Until this time, concern about and exposure of the Koch Brothers mainly stayed within the liberal portion of the media and, even then, mostly online at websites where the vast majority of Americans never wander.  Some more true Libertarian-leaning blogs had also begun to take notice of the Koch Brothers’ activities but not too many as the Kochs are beginning to fully corrupt that movement as much as they are the GOP.  This was what led me to bring them to my own readers’ attention last August in my entry titled, Koch Fiends.

Still, in a world where most citizens get their news in all-too-brief preformed nuggets, the name Koch is still fairly nebulous in the mind of the general public.  This has been quite intentional on the part of the Koch Brothers as it seems they prefer playing the Wizard of Oz role role of the man behind the curtain.

The mysterious nature of the Koch Brothers is also aggravated by the fact that, up until 2005, their company, Koch Industries, did not sell any products or services familiar to the American public.  Their portfolio from petroleum to chemicals to mining and even finance all went to very limited and usually large customers so nobody could ever place the name Koch on something when they went to their local store.

However, that finally changed when, in December 2005, Koch Industries bought the huge lumber, paper, and building materials company, Georgia-Pacific.  Now, millions of Americans and people all over the world touch the Koch Brothers every day even in the most intimate and hidden portions of their bodies.

The range of Georgia-Pacific’s building materials is quite large — so much so that I do not want to bother listing them here.  However, when browsing your local home improvement big box retailer that killed off your old favorite lumber yard and local hardware store, just remember that these products are all easily identifiable as they all carry the company’s evergreen tree-shaped GP logo.

As for the paper products, these do not always prominently carry the Georgia-Pacific logo even in that small print on the back of the packaging.  Yet, they should still be easy to remember as some of these are very iconic and previously independent brands that, over time, ended up under the Georgia Pacific family tree and, eventually, in the hands of the Koch Brothers.

For my readers in Europe or with access to products made there, here is a list of some of the Koch Industries/Georgia-Pacific brands that might be more familiar.

Keep in mind that this is about so much more than the latest effort by big business to engage in union busting.  The Koch Brothers are spending hundreds of millions of dollars to pervert the American system of government.  Our Founding Fathers were very wise in trying to construct a country where there would be checks and balances against all forms of power, both governmental and corporate (and, I would add union power as well since many of them do need to be cleaned up and/or taken down a notch).  The Koch Brothers are spending their immense wealth to turn the United States of America into a place where there literally would be no laws enforcing workplace safety, labor standards, consumer welfare, or environmental protection.  To put it bluntly, that is frighteningly close to a fascist state (of course, minus the singular cult-of-personality-style ruler and the racist element).

In more immediate matters, the Koch Brothers are largely responsible for funding the so-called Tea Party movement which is bringing both the federal and state governments to a standstill with its no-compromise-allowed philosophy.  This is actually hurting our fragile economic recovery as it leaves state budgets and tax levels in limbo thus leaving smaller businesses unable to act on investing and new hiring since they cannot fully plan out their own expenditures.  Of course, that doesn’t hurt big guys like the Koch Brothers so they don’t care just as long as they have to pay less taxes and deal with fewer of those pesky regulations that do unnecessary things like keep their waste products out of our air and ground water.

So…what will you do with this information that long-time household friends like Dixie Cups and the Brawny Man are financing the destruction of proper, reasoned government and speeding along the race-to-the-bottom of the American workforce?  It’s a tough call because the only place people can really hit the Koch Brothers in their wallets is to boycott their Georgia-Pacific products and it’s not like this country’s other big lumber conglomerates have been great corporate citizens either.  It’s also hard on all of our wallets to go to more “green” paper products as those often cost twice as much as those made by the big companies (the only close exception I know of being the toilet paper sold at Trader Joe’s).

As per usual, I will leave it up to each individual as to what they want to do when it comes time to buy some paper or building products.  Maybe some reading this don’t mind giving the Koch Brothers their money for Quilted Northern just for the satisfaction of being able to wipe their ass on one of their products.  Well, just remember this.  Every time somebody buys a Georgia-Pacific product, the Koch Brothers are one dollar closer to being able to having no limits on what their many chemical plants put out into the atmosphere and ground water, no restraints on how their financial company plays on Wall Street, no curbs on how much money they can donate to political candidates, and no reservations that they know what is best for you and the country.  Think about that for a while, especially the last one…for it is just as bad for somebody like the Koch Brothers to think they know what is best for us as it would be for some equal force on the other side of the political spectrum.

As the old saying goes, power corrupts and absolute power corrupts absolutely.  There is no doubt that the Koch Brothers want absolute power to run their company free of any “interference” and damn anybody who’s home or health gets in the way.  To those that call themselves conservatives, is that what you really want?  I don’t think so, so it’s time to wake up and stop drinking the Fox News Kool-Aid on this one and see that the kind of world the Koch Brothers want is just as domineering and oppressive as the one they claim is trying to be created by President Obama.

As for me, I will repeat that I believe the Koch Brothers are trying to pervert our system of government.  Personally, I don’t allow perverts into my home.  Take or leave that as you wish…but, just in case you do care, just like with other similar offenders, I feel it is my duty to post pictures of these perverts so they can be easily recognized. 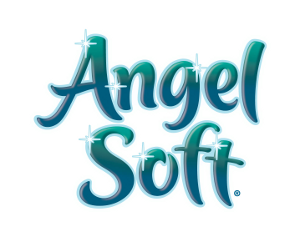 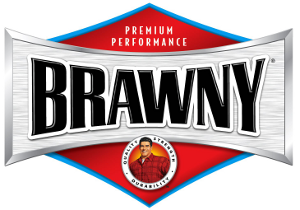 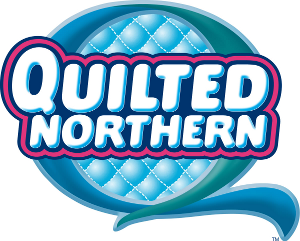 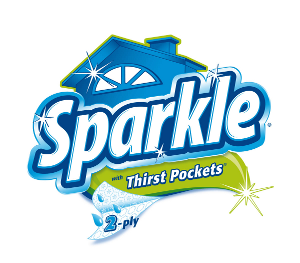 One thought on “Who Are the Koch Brothers and Why Are They In My Bathroom?”