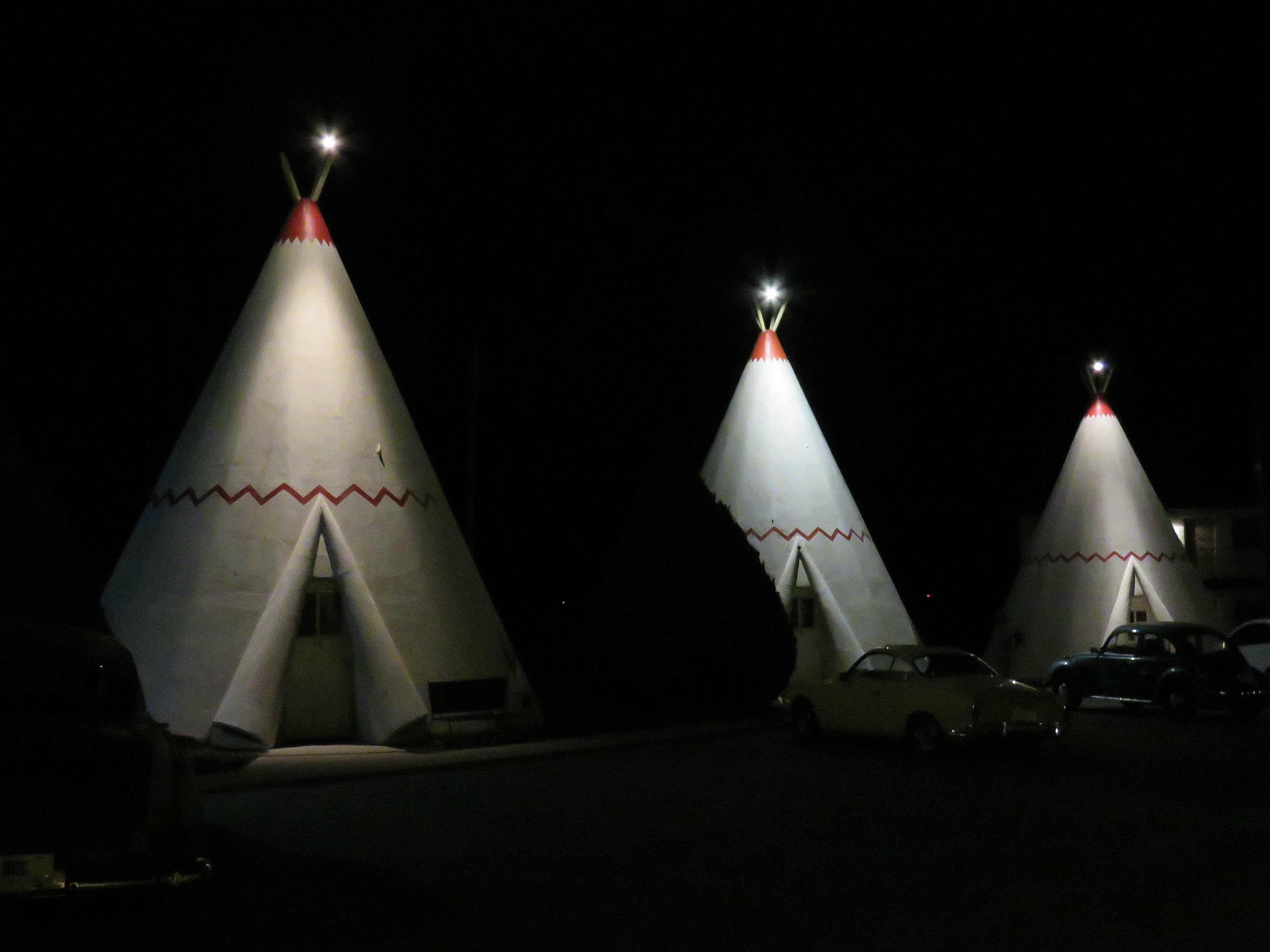 This is one of the three surviving Wigwam Motel locations out of the seven that were built by Frank A. Redford (more had been planned). No. 2 is in Cave City, Kentucky on Dixie Highway. Also on old U.S. Route 66 as the one in Holbrook, No. 7 is on the border of San Bernardino and Rialto in California.