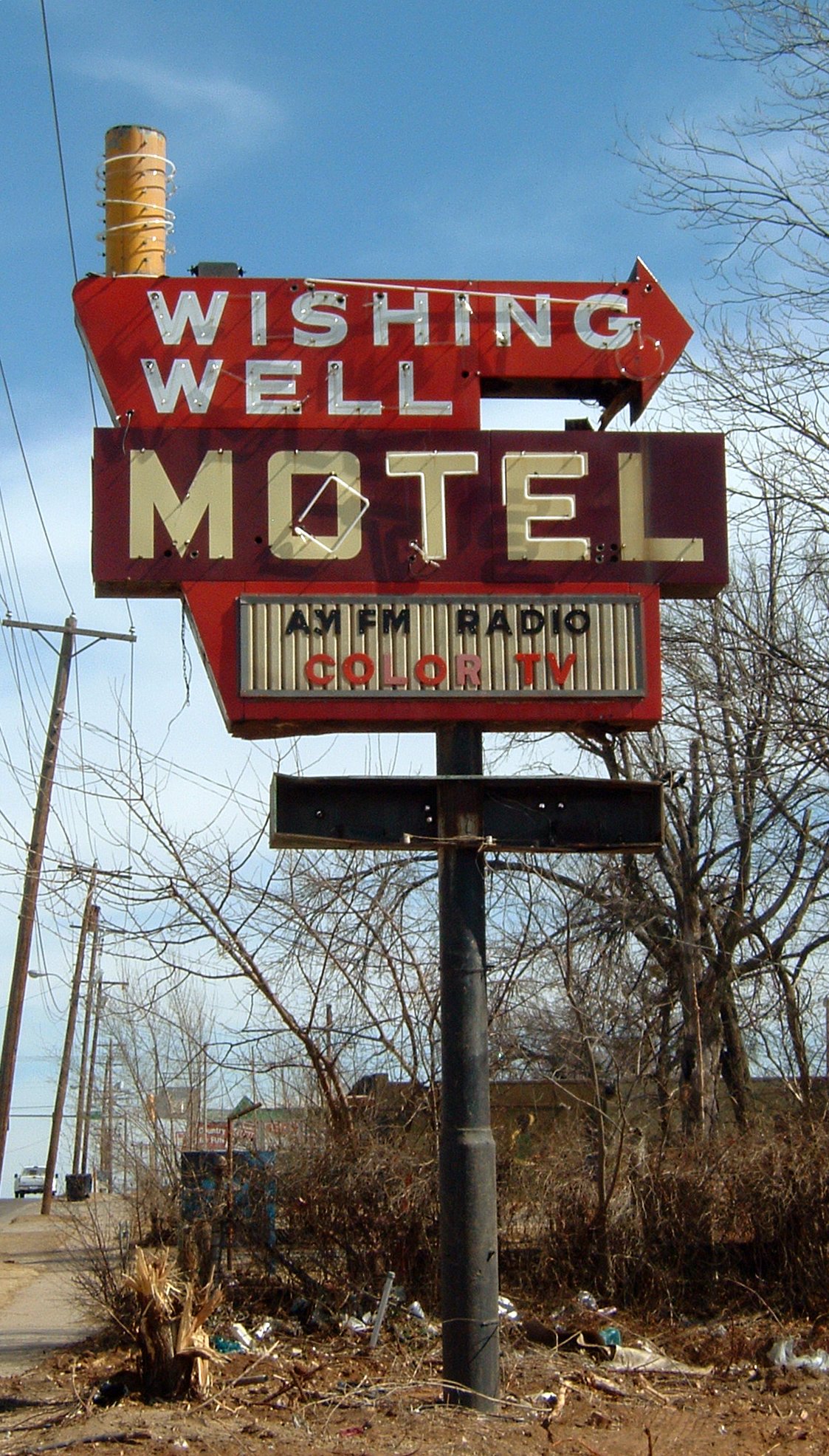 This motel had been gone for many years. Apparently, it was not long after this photo was taken in 2006 that the lot was cleaned and the sign removed.